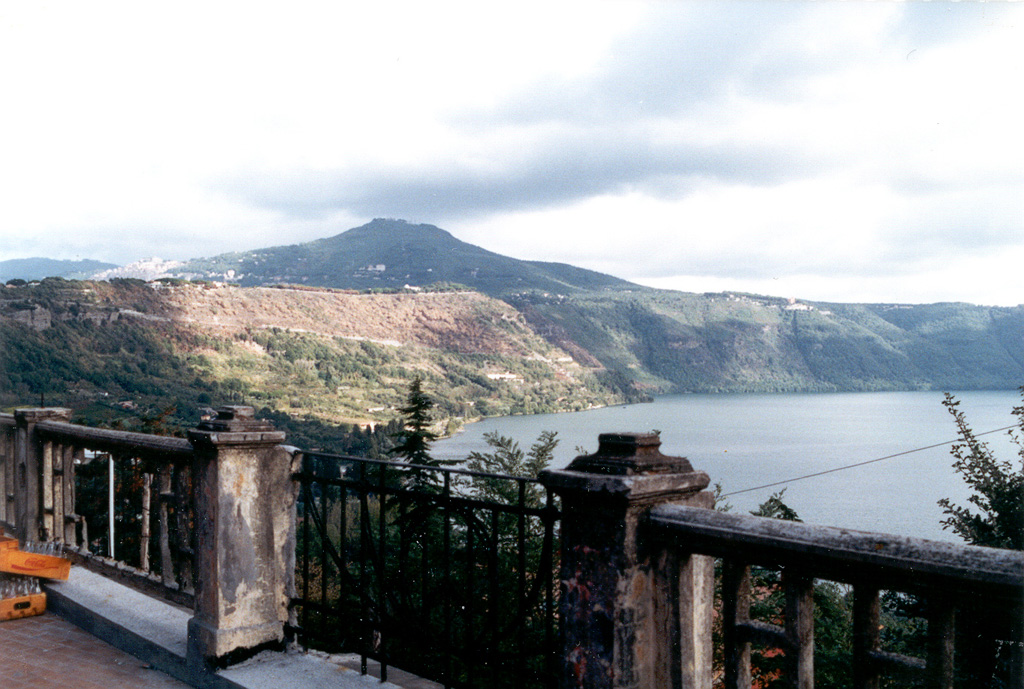 The lake-filled Albano maar is part of the Alban Hills (Monte Albano) complex immediately SE of Rome. The Cavo scoria cone rises beyond the far rim. The Monte Albano complex contains a large Pleistocene stratovolcano with a 10-km-wide caldera. Subsequent eruptions occurred from a 5-km-wide central cone as well as craters and cones within the caldera and on its outer flanks. The youngest known magmatic eruption occurred during the late-Pleistocene. 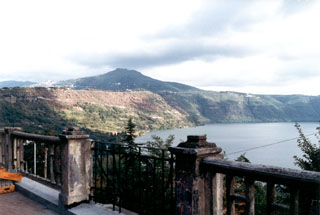