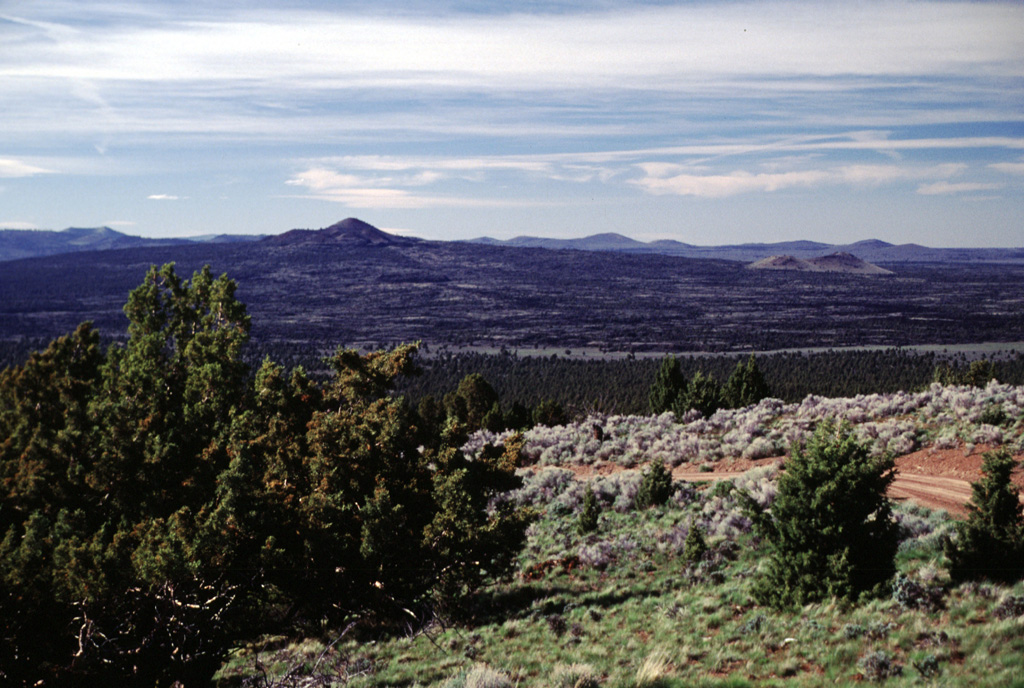 The Late-Pleistocene or early Holocene Squaw Ridge lava field consists of a shield volcano capped by the Lava Mountain pyroclastic cone complex (right-center horizon), which forms a prominent topographic high in this view from Green Mountain. The Squaw Ridge lava field (also known as the East lava field) is the middle of a group of three young basaltic fields located in the High Lava Plains SE of Newberry volcano. Lava flowed in all directions for distances up to 6 km from the summit cone complex, surrounding older cones such as those at the far right. 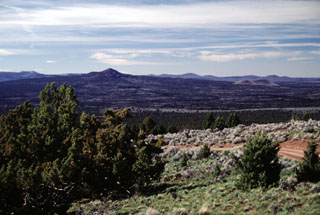