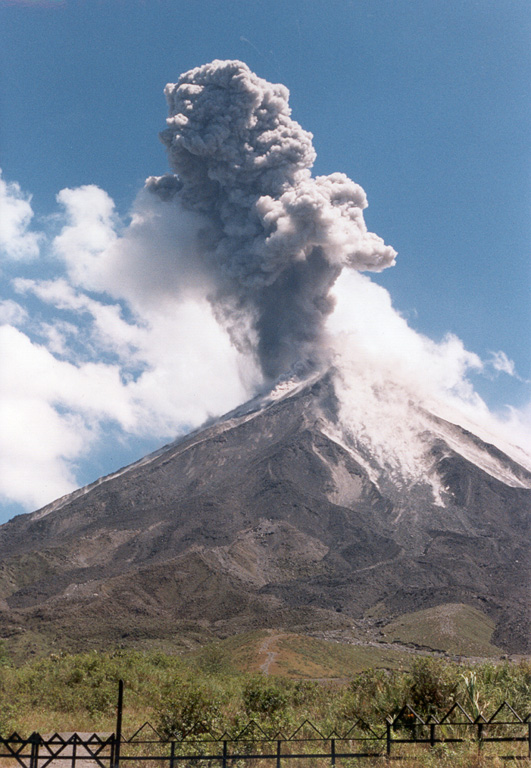 An ash plume rises above Arenal on 2 June 1998, seen here from the west flank. Routine intermittent explosive activity had resumed at this time following major pyroclastic flows on 5 May. Lava flows from the long-lived eruption that began in 1968 can be seen on the volcano's flanks.