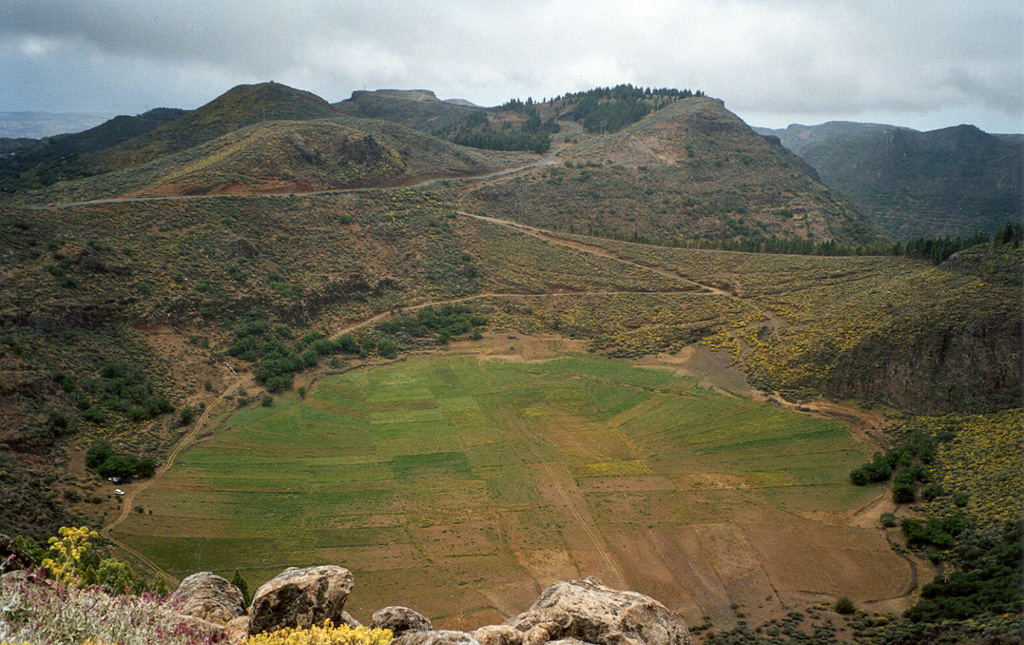 Agricultural field on the floor of Marteles Maar are seen in the foreground, with several cinder cones in the background. These are part of a group of Quaternary monogenetic volcanoes in northern Gran Canaria. Eruptions of Holocene age have been restricted to the northern, primarily north-eastern, part of the island, including at Las Isletas, a peninsula on the NE coast. 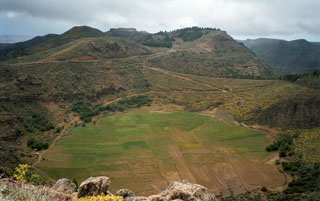