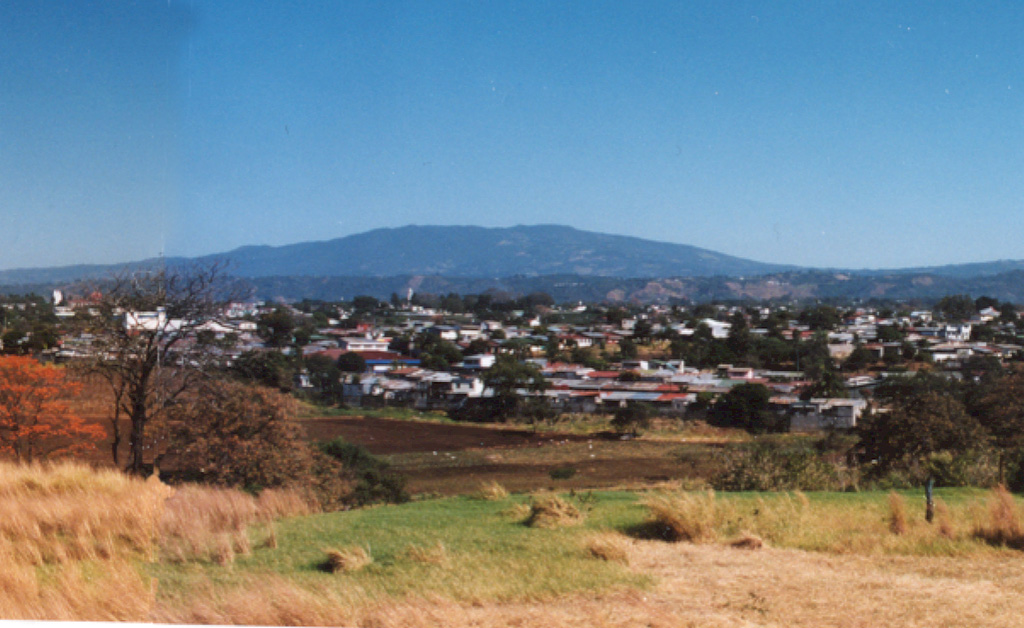 The broad massif of Poás volcano rises about 35 km to the NW above the outskirts of the city of San José. The summit of the volcano is a national park and is easily accessible by road from the capital city. The massive 2708-m-high volcano covers an area of about 300 sq km and rises about 1400 m above the central valley. Two large calderas cut its summit, and an acidic crater lake partially fills the active crater.