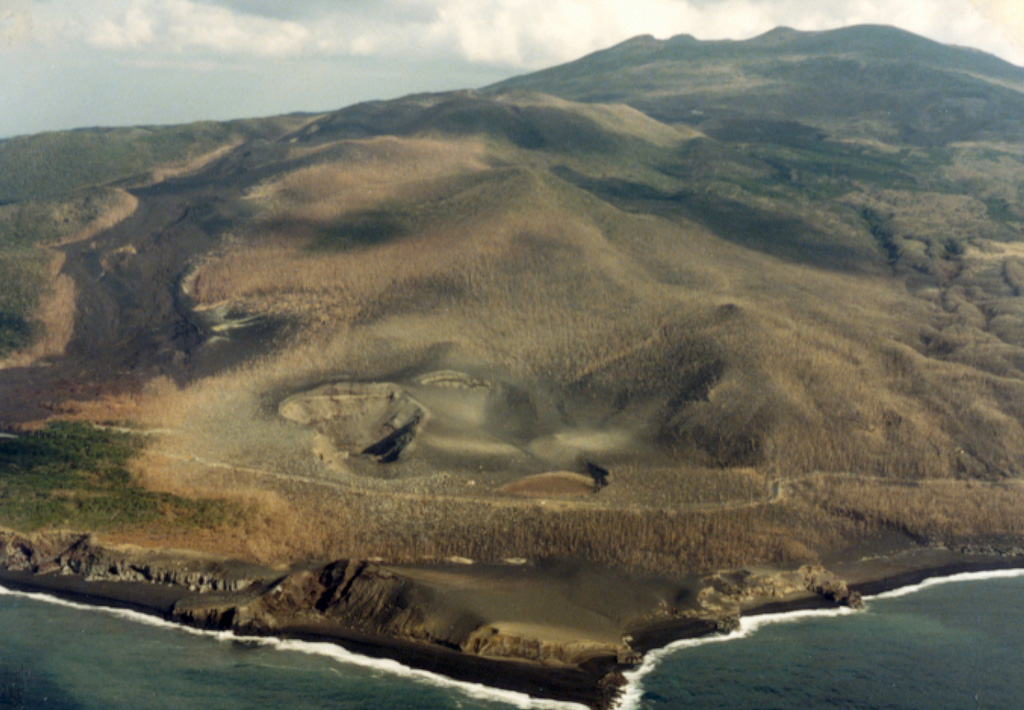 The craters in the foreground and the lava flow to the right erupted in 1983 from vents on the SW flank of Miyakejima. The 8-km-wide island rises about 1.1 km from the sea floor in the northern Izu Islands, about 200 km SSW of Tokyo. The summit cone of Oyama (upper right) lies within a caldera that formed about 3,000 years ago. Frequent eruptions have occurred since 1085 CE at vents ranging from the summit to below sea level.