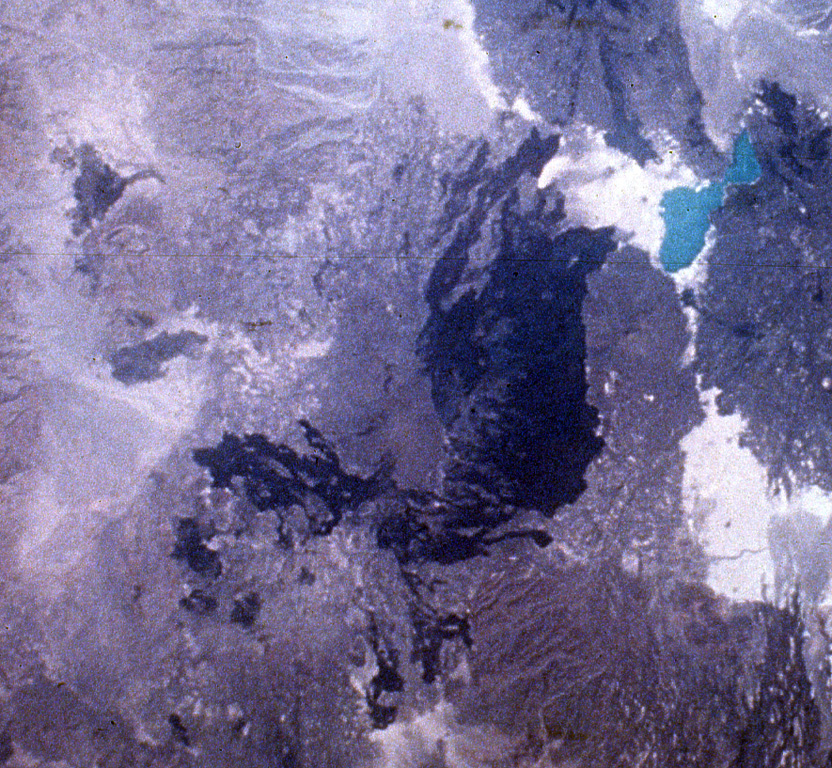 The massive Alayta shield volcano (center) covers an area of 2700 sq km in the western Danakil depression SW of Lake Afrera (upper right). The volcanic consists of two parts--an elongated shield volcano on the west (medium-toned) and an extensive lava field forming the dark-colored area on the eastern flank of the shield volcano. The Alayta lava field, covered by very fresh lava flows (the most recent of which was erupted in 1907), was erupted from N-S-trending fissures and laps up against the western flank of Afderà volcano (immediately SW of Lake Afrera). 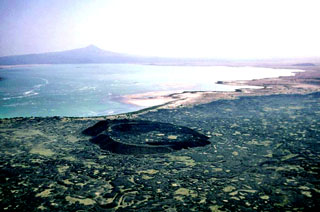 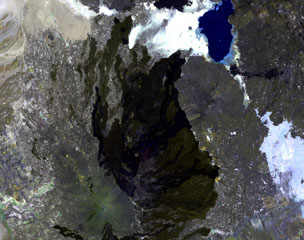