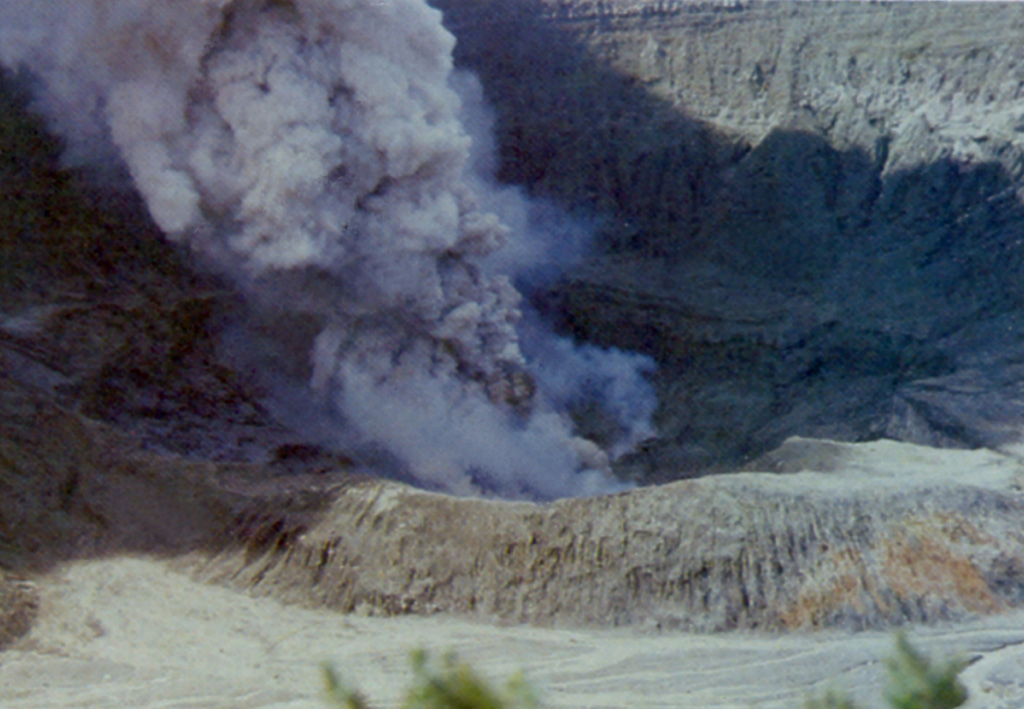 Poás erupted intermittently from June 1987 to June 1990, producing ash plumes such as this one seen on 6 March 1989. Phreatic explosions had resumed from June 1987 until at least October 1988, punctuated by large explosions on 9 April 1988. The crater lake completely disappeared by April 1989, and during May ash plumes reached heights of 1.5-2 km above the crater.