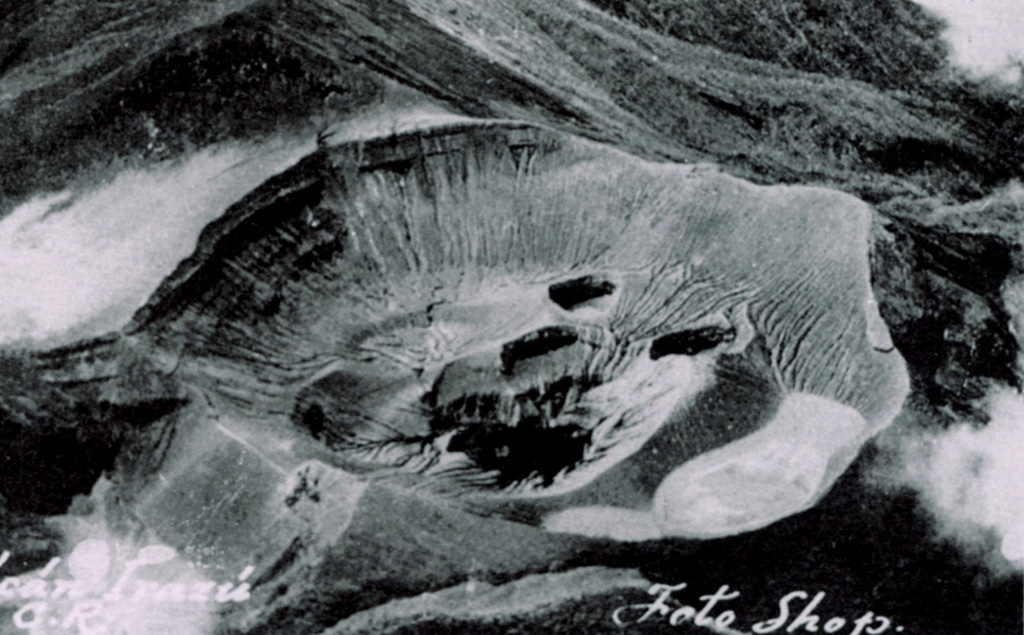 An aerial view shows the summit crater of Irazú volcano prior to the 1963 eruption, with the Diego de la Haya crater at the lower left and Playa Hermosa at the left-center. The floor of the main crater (Cráter Principal) contains several small explosion craters. The ridge on the right side of the crater floor is the remnant of the pyroclastic cone formed during the 1723 eruption. Repeated explosive eruptions during 1963-65 greatly modified the summit crater, and the individual vents seen here were merged into a single large crater.