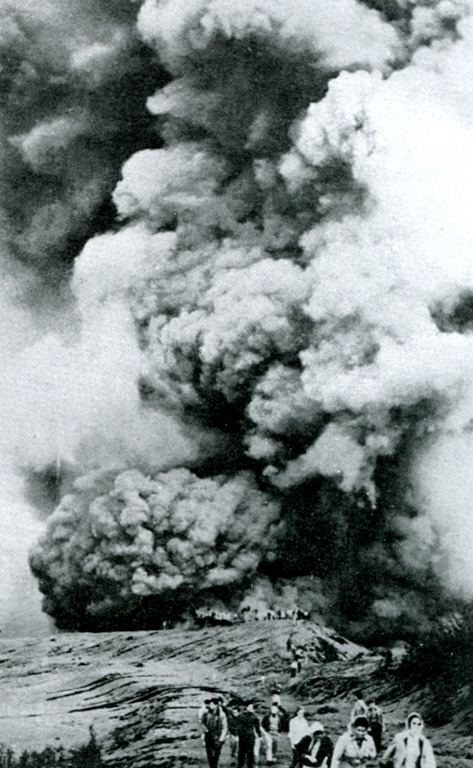 This 1964 photo shows visitors at the edge of the Irazú active crater; seven people were killed and many more injured by explosive ejecta in April and August of that year. Secondary lahars produced by the remobilization of thick ash deposits also caused fatalities. Over a 2-year period, 46 lahars occurred along the Río Reventado valley; one killed at least 20 people and destroyed 400 houses and some factories.