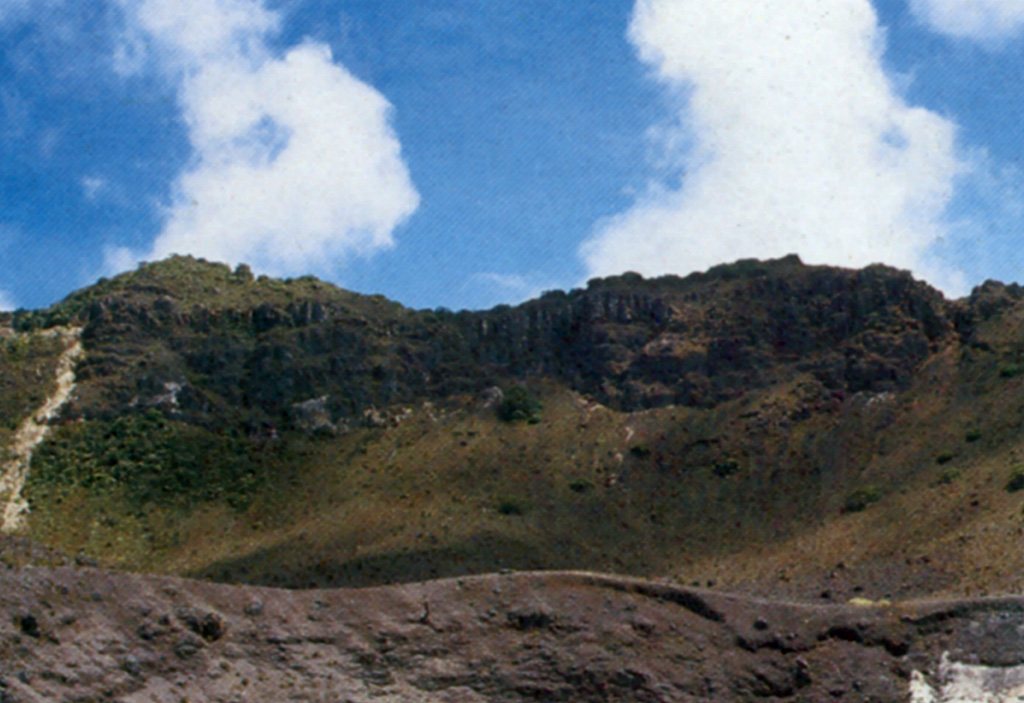 The rim of one of the three craters filling the large summit depression of Turrialba volcano is seen in the foreground. A scarp wall is visible in the background. Eruptions during the 18th and 19th centuries have originated from the three small craters.