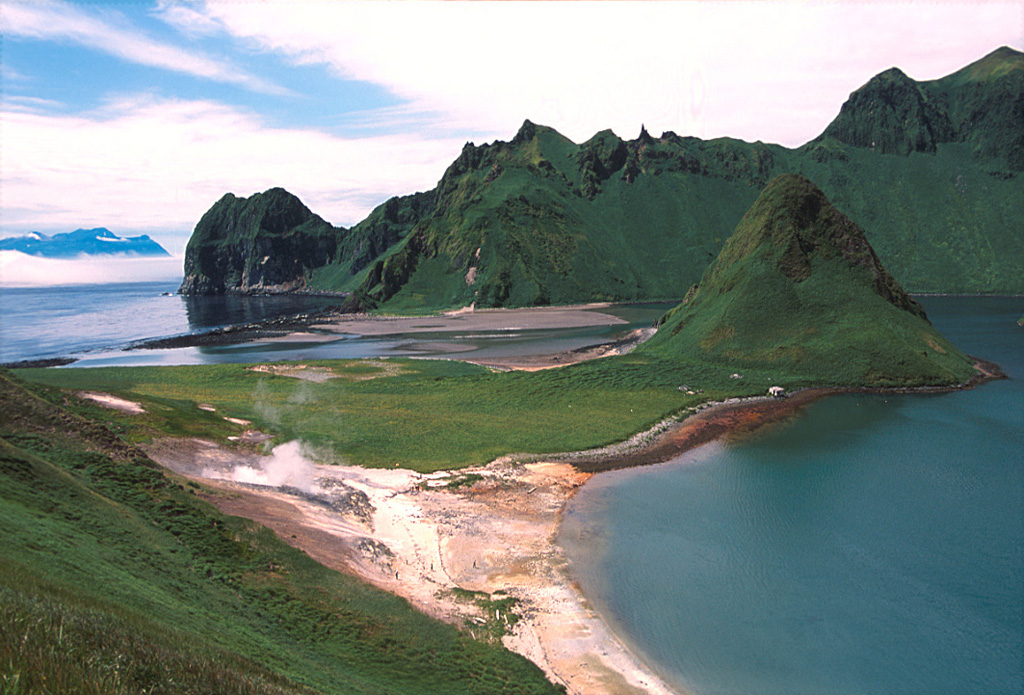 A phreatic explosion at the geothermal area to the lower left took place in July 1884. An area at the foot of the SE caldera wall containing fumaroles (to the lower left of this photo) was a sacred place to 18th to 19th century Ainu people. The caldera rim opens to the south with a 300-m-wide gap that allows sea water to flood the caldera floor. The peak to the left-center is one of two older lava domes connected by a grass-mantled sand bar to the SE caldera wall. Ketoi Island (right) is visible in the distance to the SW. 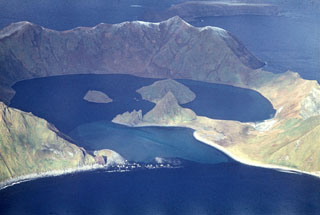