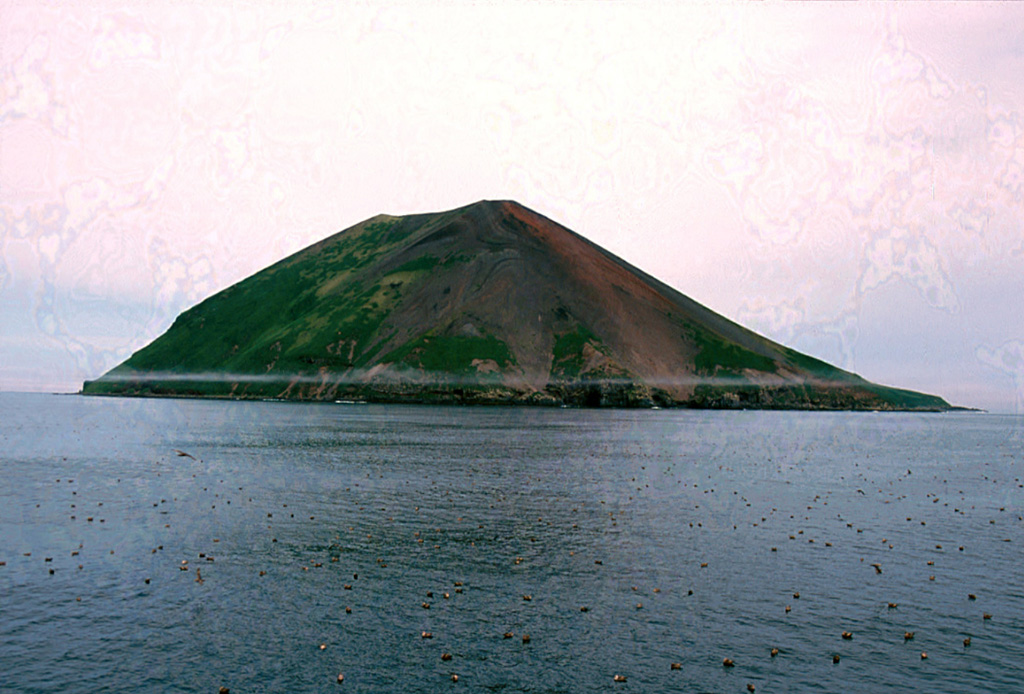 Raikoke Island, seen here from the SE, lies 50 km SW of Shiashkotan Island and 16 km across the Golovnin Strait to the NE of its closest neighboring volcano on Matua Island. The island is only 2 x 2.5 km wide and rises about 550 m above the ocean; a submarine terrace is at a depth of 130 m. A catastrophic eruption in 1778 prompted the first volcanological investigation in the Kuril Islands two years later. 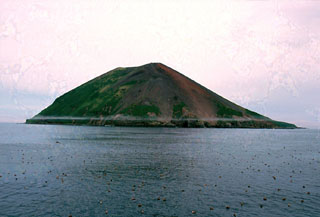