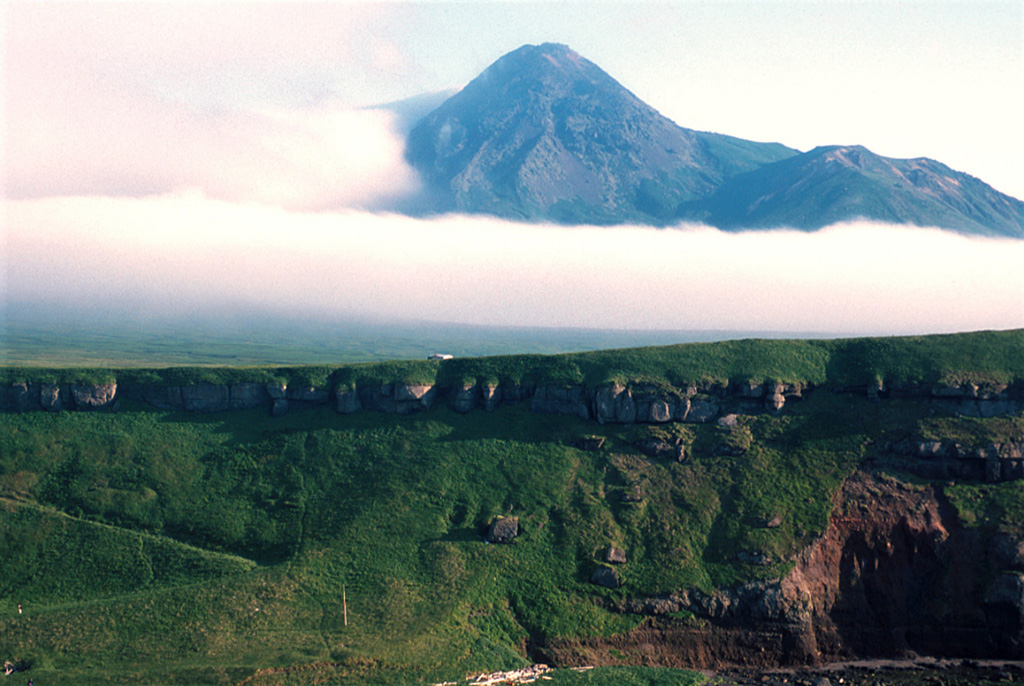 Nemo Peak, seen here from the south, is the northernmost of two large volcanoes forming Onekotan Island. The cone initially formed in four stages beginning in the early Holocene. Construction of the cone within the youngest of three large calderas has left a crescent-shaped lake at the NE end of this 5-km-wide caldera. The final activity built a lava dome in the 350-m-wide summit crater. 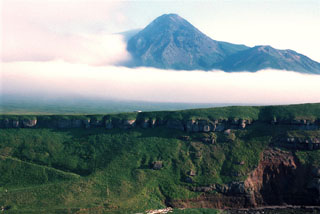