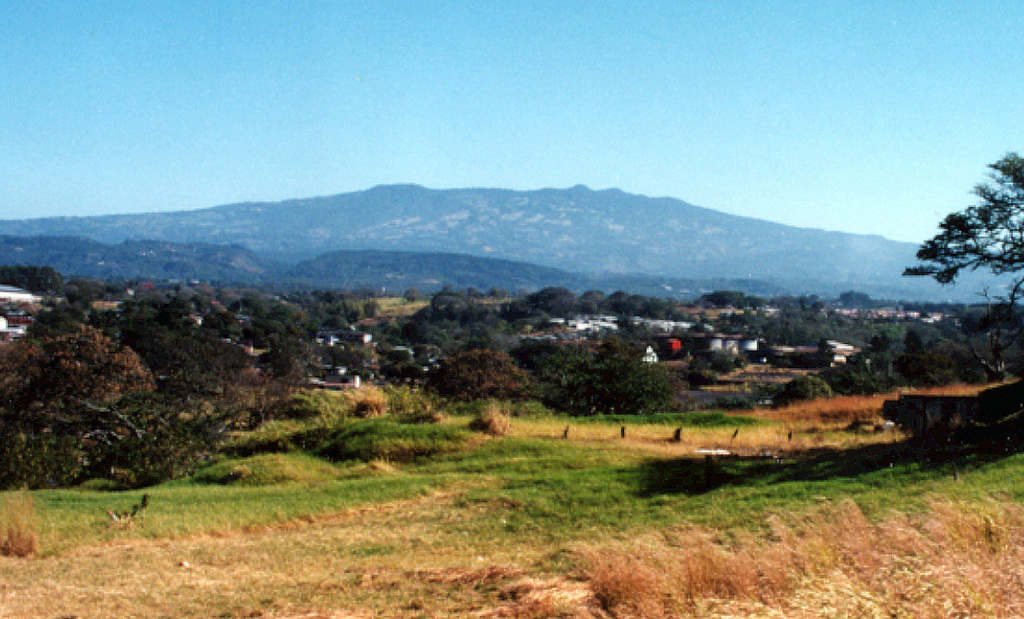 Barva volcano (also spelled Barba) rises to the NE above the western outskirts of San José. The volcano lies about 22 km north of the city. Three peaks along the broad summit ridge give rise to the name Las Tres Marías (The Three Marias). No confirmed historical eruptions are known from Barva, but thermal springs are found near Porrosati de Barva, Gongolona peak, and along ridges to the north side of the volcano. Sulfur vapor and mineral deposition occurs at landslide scarps on the flanks of the volcano. 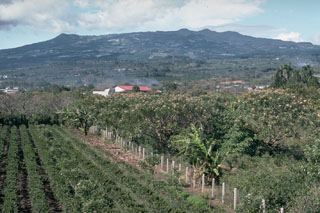