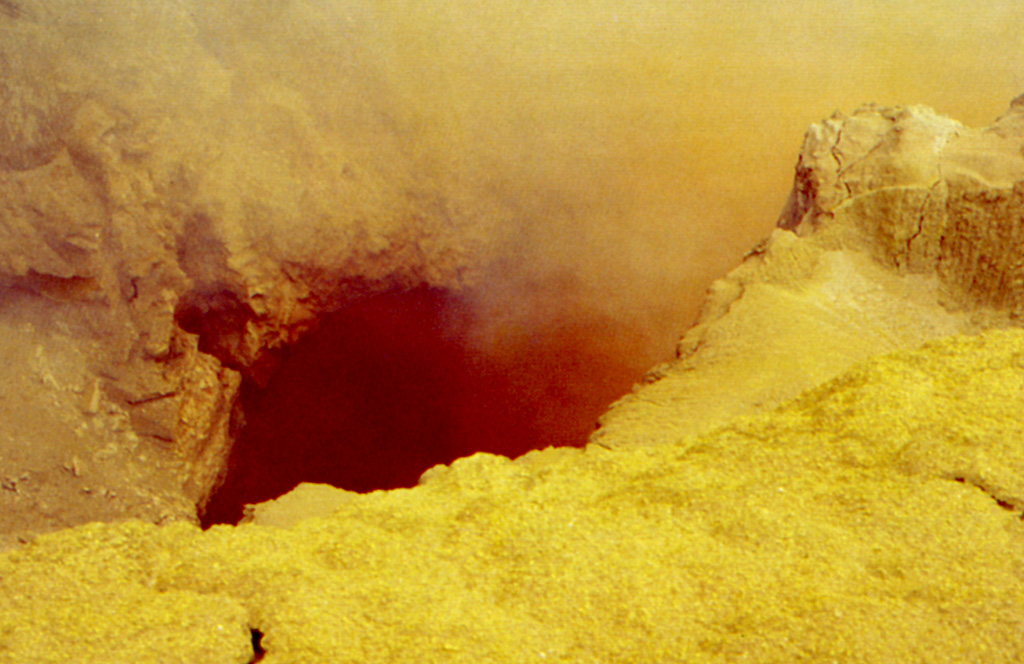 Yellow sulfur and other minerals precipitate around high-temperature fumaroles in the Poás summit crater. Fumarole temperatures approaching 600°C were recorded in 1988, several times higher than the melting point of sulfur. The ejection of sulfur clasts as well as small sulfur flows have been documented during several eruptions at Poás.