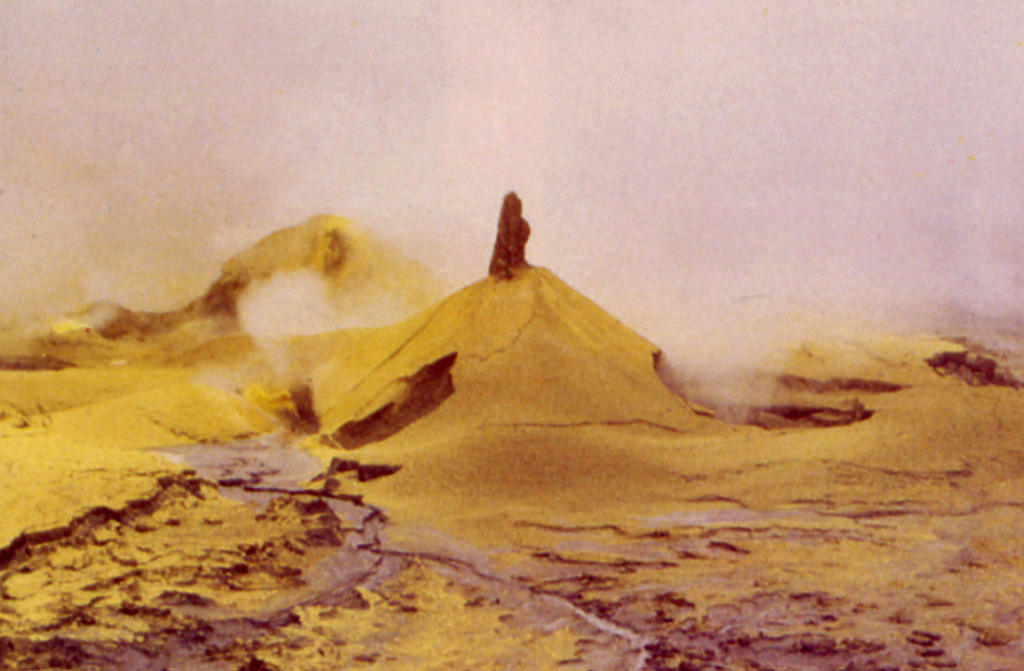 Small cones of mud and sulfur up to 3 m high formed on the active crater floor during 1989. Eruptive activity from June 1987 to June 1990 included phreatic explosions within the crater lake ejecting mud and sulfur, the formation of temporary small pools of sulfur-rich water, and the emission of sulfur flows up to 30 m long. Acidic gas plumes caused extensive damage to vegetation on the flanks.