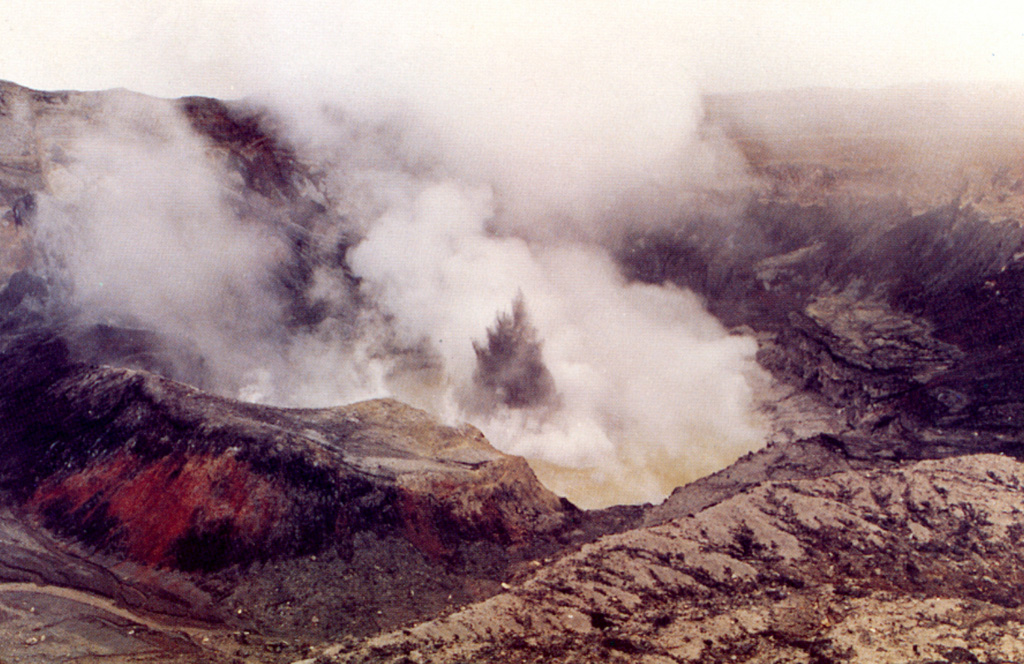 Ash and mud from a small phreatic explosion rise above the degassing Poás crater lake on 28 August 1988. Phreatic explosions had been occurring since June of the previous year and lasted for a few more months beyond August 1988. Activity was nearly continuous during the second half of August and the first week of September, with plumes containing mud rising 5-10 m. During the rest of the month plumes rose as much as 25 m. Small explosions continued, and by April 1989 the crater lake disappeared.