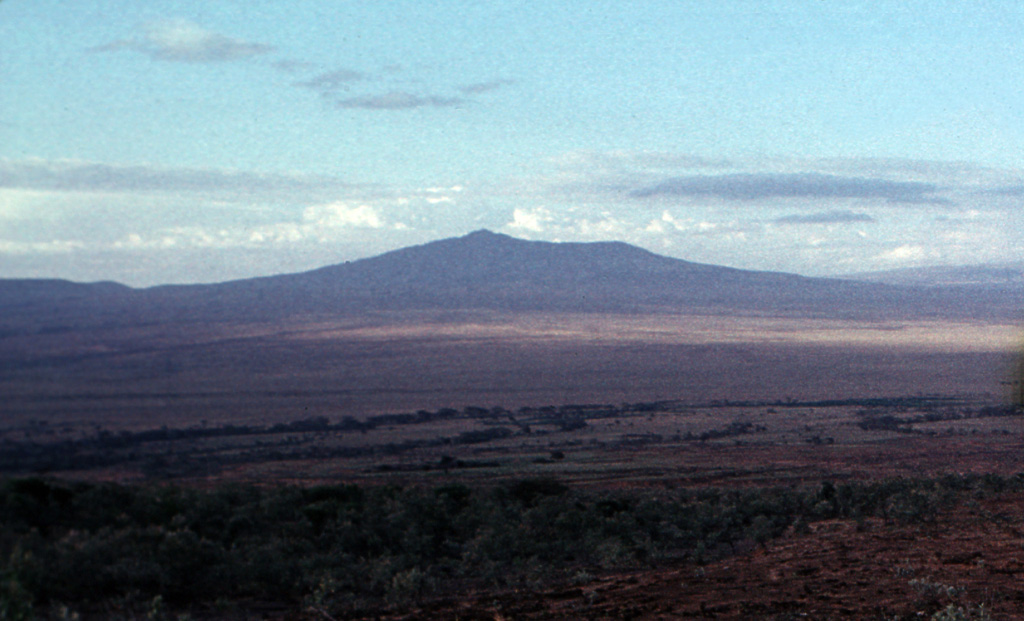 Longonot as seen from the flanks of Suswa volcano (SSW of Longonot) in the Eastern Rift Valley of Kenya. The modern cone was constructed within a broad 8 x 12 km caldera and itself contains a smaller 1.8-km-wide summit crater that gives the summit a flat profile. Post-caldera lavas are found on the caldera floor and on the flanks. Masai tradition records a lava flow on the N flank during the 19th century. 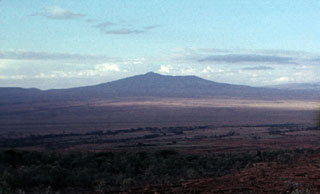