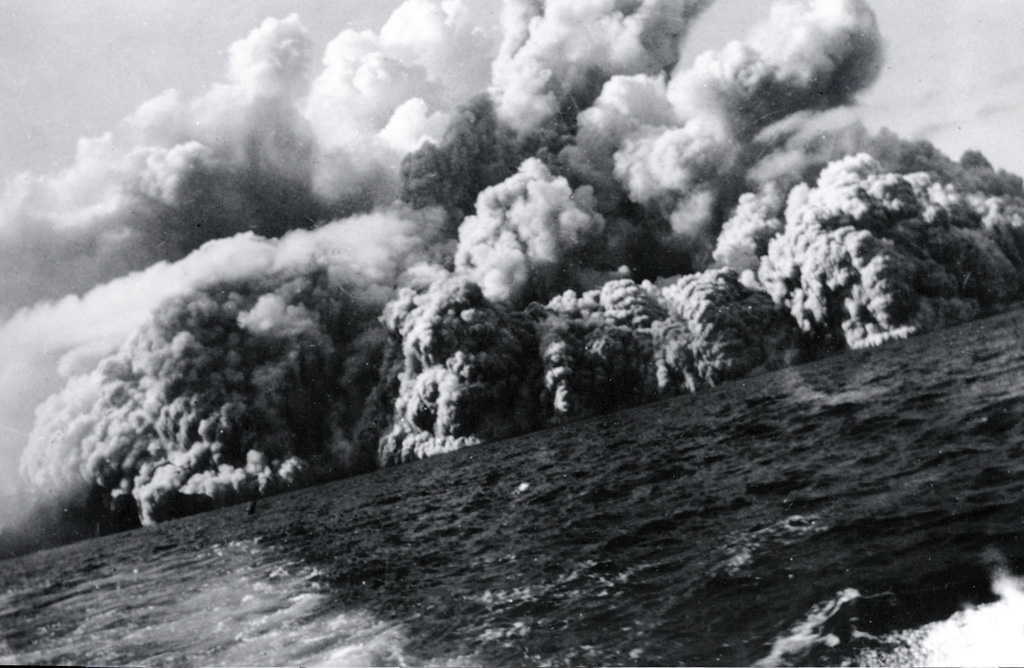 Pyroclastic surges sweep out to sea at the western coast of the island at about 0805 hrs on August 1, 1952, about 20 minutes after the start of the eruption. Several inches of ash and scoriae up to 12 mm in diameter fell on the deck of the fishing boat from which this photo was taken as it sailed away from the volcano at full speed. All but the northern end of the island was obscured by the eruption column.