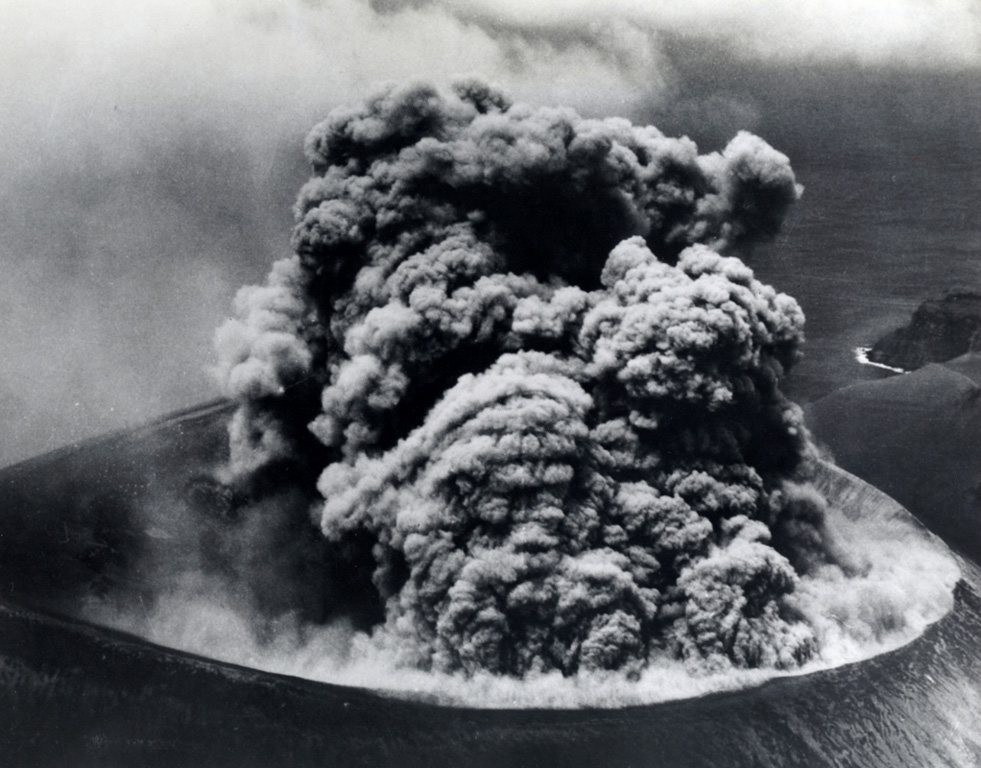 A Vulcanian ash plume rises from the Bárcena crater on 9 September 1952, more than a month after the start of the eruption. The roughly 300-m-wide crater is seen here from the east. Explosions producing eruption columns that rose to about 600 m above sea level were observed at 20-minute intervals, along with occasional small pyroclastic surges that swept down the flanks of the cone and sometimes reached the coast. The roar of the eruption was heard above the noise of the plane's engine.