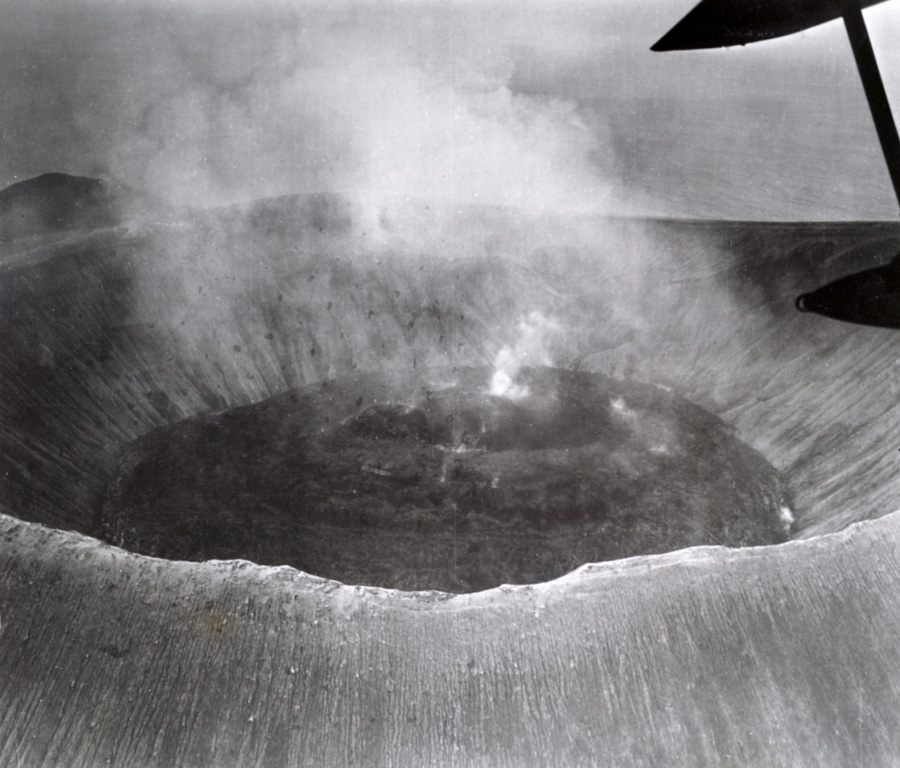 An overflight on 15 November 1952 shows the Bárcena crater half-filled with viscous lava. Sporadic small explosions were observed during the overflight, and continuous weak steam emission took place from the center of the dome. Montículo Cinerítico in the background and to the left is an eroded cone at the southern tip of the island that formed before the 1952 eruption.