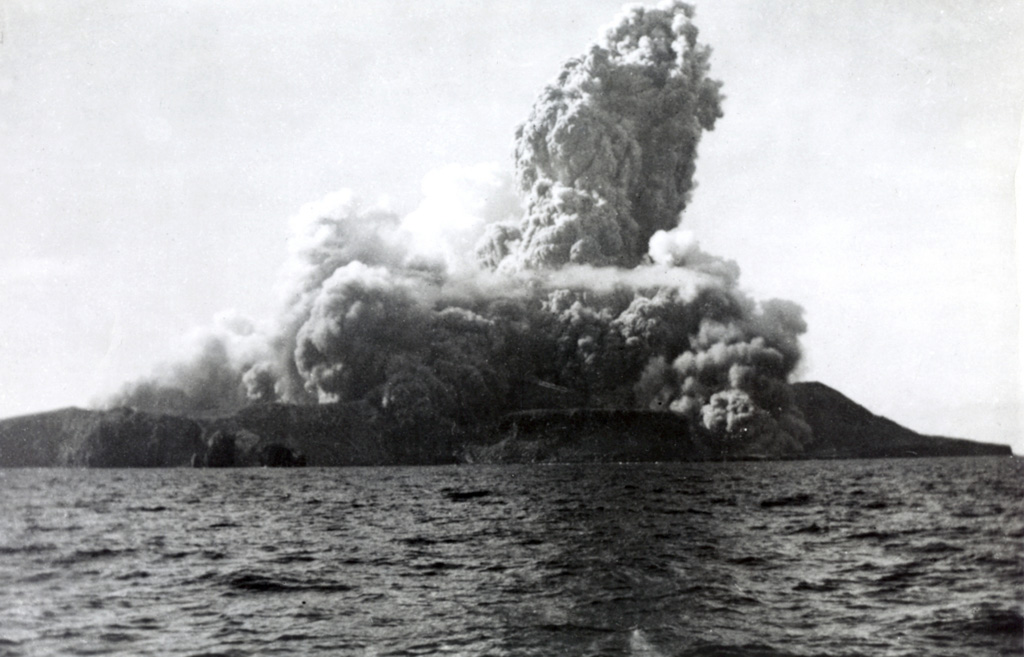 A new cone, Volcán Bárcena, was rapidly constructed during an eruption that began on 1 August 1952 at the southern end of Isla San Benedicto. This photo, taken from off the west coast of the island only four minutes after the start of the eruption, also shows the onset of pyroclastic surges. Lava extrusion occurred in September, November, and December. On 8 December activity shifted to a vent on the SE flank, producing a lava delta that extended about 700 m to sea. Activity ended in late February 1953.