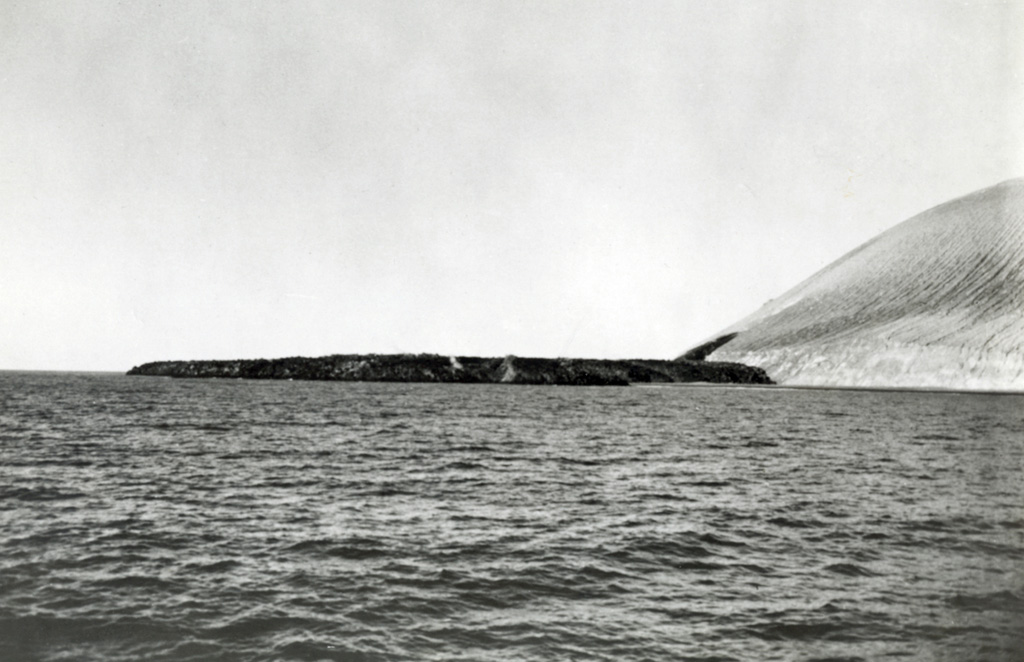 The dramatic lava delta formed during the 1952-53 eruption is seen from the NE. The Delta Lávico flow extended 700 m out to sea on the SE side of Isla San Benedicto and formed a peninsula about 1200 m wide. A thin tongue of lava can be seen at the right originating from the vent on the lower SE flank. The SE-flank eruption began on December 8, and by the following morning the trachytic lava flow reached the coast. Lava effusion continued until January and February.