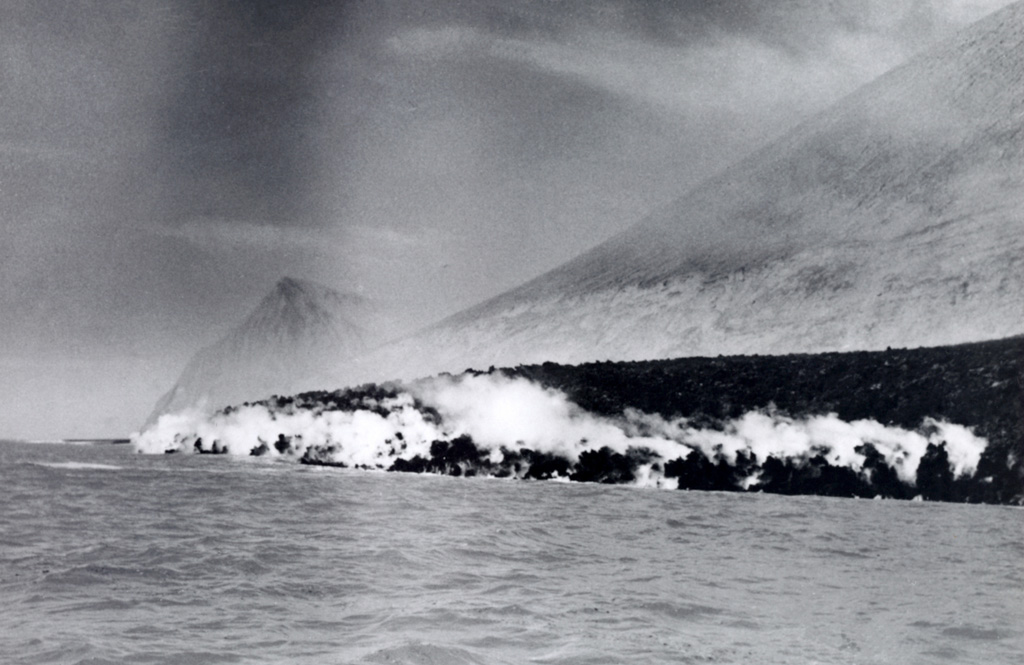 Entry of the Delta Lávico lava flow into the sea produces steam along the flow margins. The flow originated from a vent low on the Volcán Bárcena 1952-53 tuff cone. Punta Sur, the southernmost tip of the island, is in the left background and is a Montículo Cinerítico tuff cone that formed prior to the 1952 eruption and was formerly the highest point on the island.