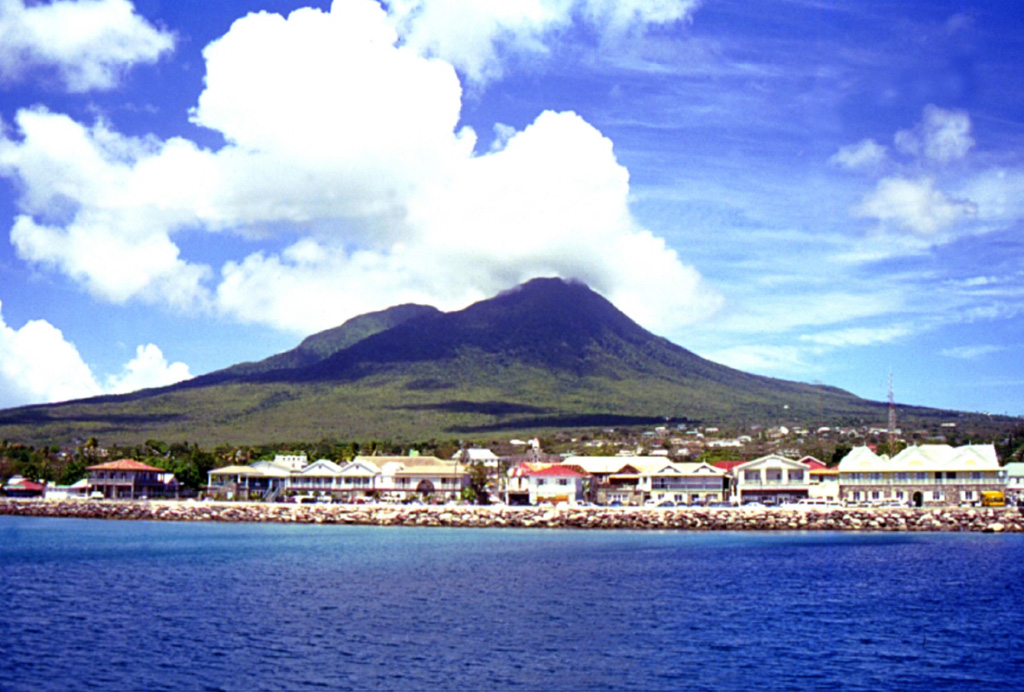 Nevis Peak volcano is seen from a ferry approaching the port of Charlestown, which lies across a narrow channel from St. Kitts Island. The composite cone is capped by two overlapping summit craters that are partially filled by a lava dome. Four other lava domes were constructed on the flanks of the volcano. A small lava dome was emplaced within the inner crater in recent precolumbian time, and pyroclastic flows and mudflows were deposited on the lower slopes of the cone. 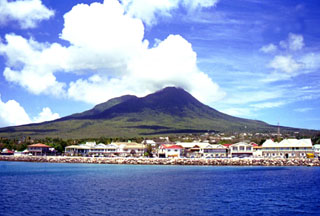