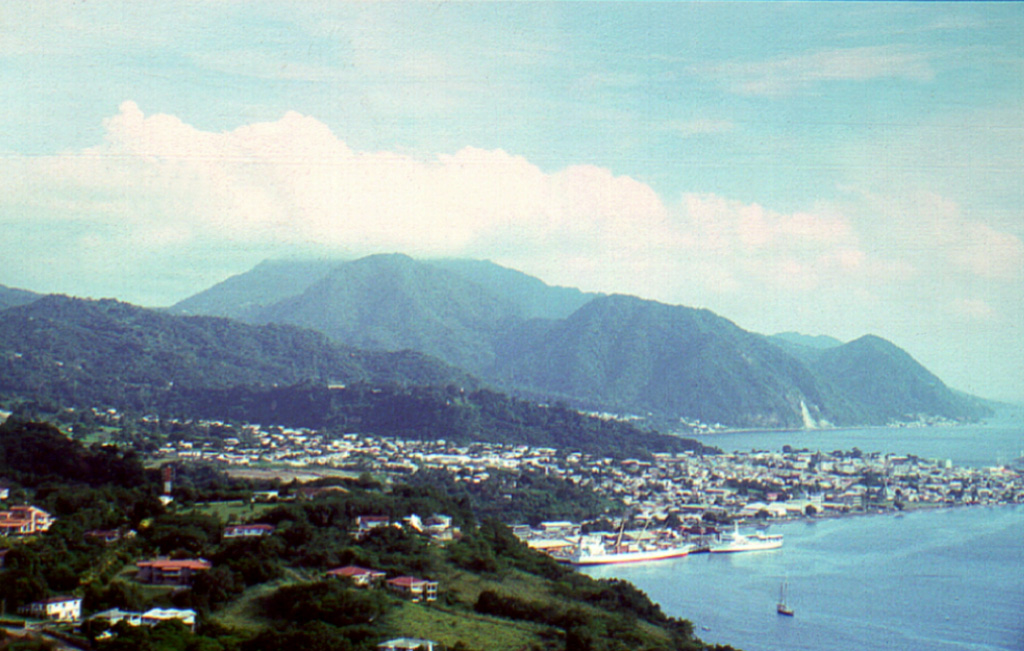 The cloud-capped summit of Morne Plat Pays stratovolcano lies on the horizon near the southern tip of the island of Dominica beyond the sprawling capital city of Roseau. Three post-caldera lava domes (left-center to right) were formed north of a large arcuate depression open to the west that formed about 39,000 years ago. The latest dated eruption at the Morne Plat Pays volcanic complex occurred from the Morne Patates lava dome about 1270 CE, although younger deposits have not yet been dated.