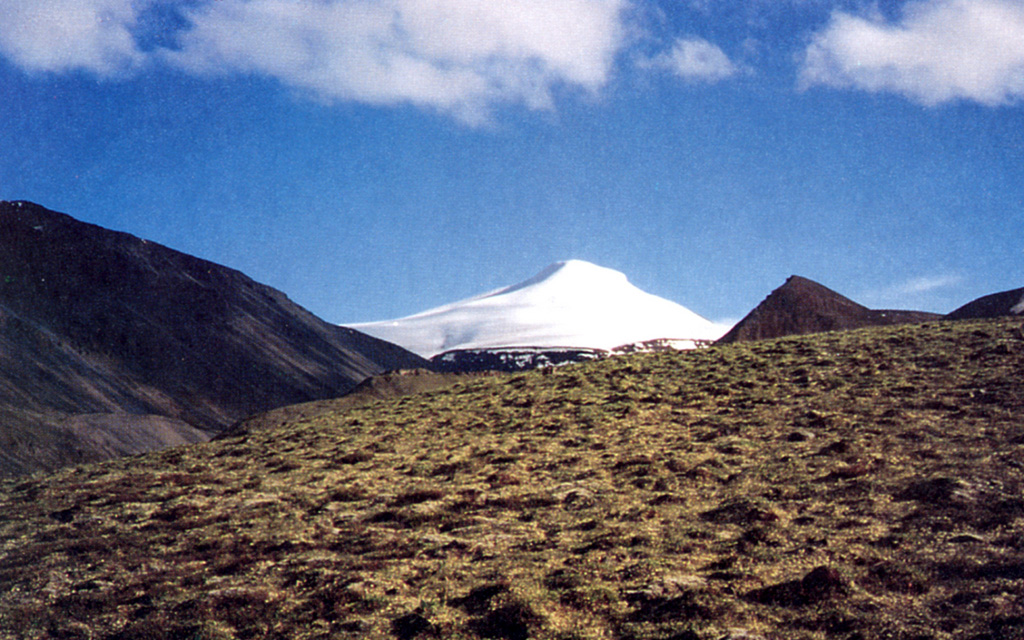 Snow-capped Mount Gordon is viewed here from the north. The composite cinder-lava cone is 5 km in diameter and 625 m high. A lava flow (out of view to the right) traveled from the base of the cone to the NW; tephra deposits from Mount Gordon are exposed primarily to the SW. Mount Gordon is the most prominent of a group of Pleistocene and Holocene cinder cones in the northern Wrangell Mountains between Mount Drum and the Nabesna Glacier river system. 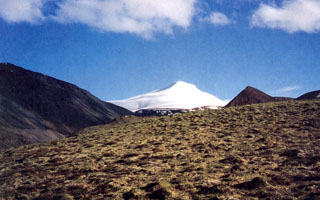