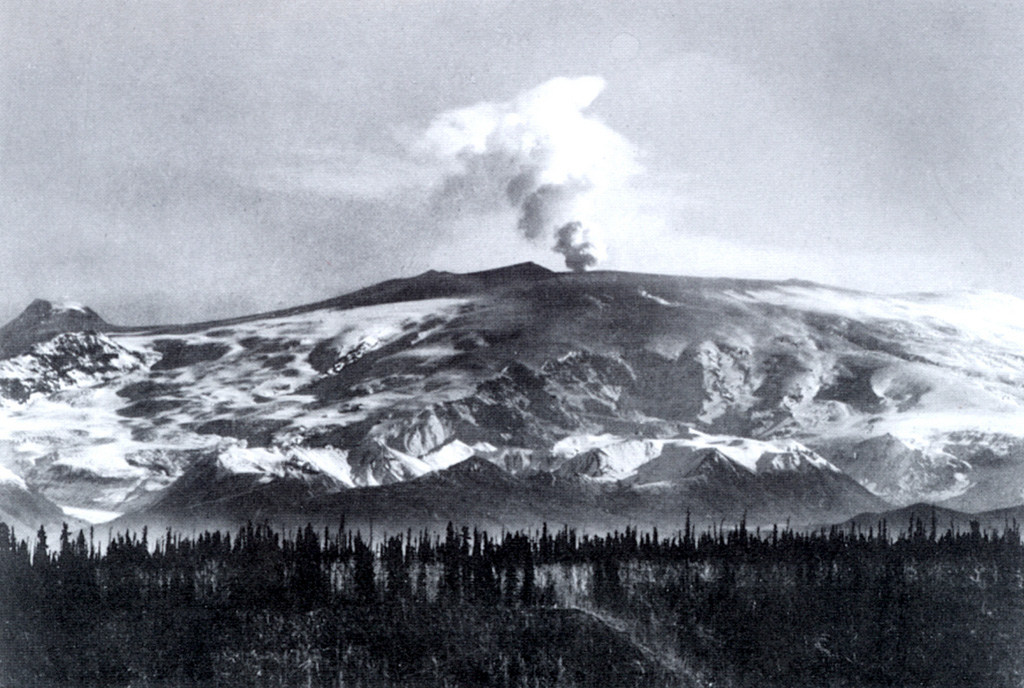 During a 1902 expedition in the Mount Wrangell area the U. S. Geological Survey scientist W.C. Mendenhall observed plumes and ash-covered snow. This photograph showing an ash plume rising above the summit crater was probably taken during the summer of 1902. Ash darkens the snow over a wide area of the southern flanks. The small cone on the far-left horizon is Mount Zanetti. 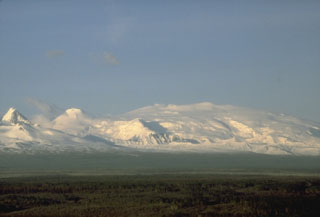