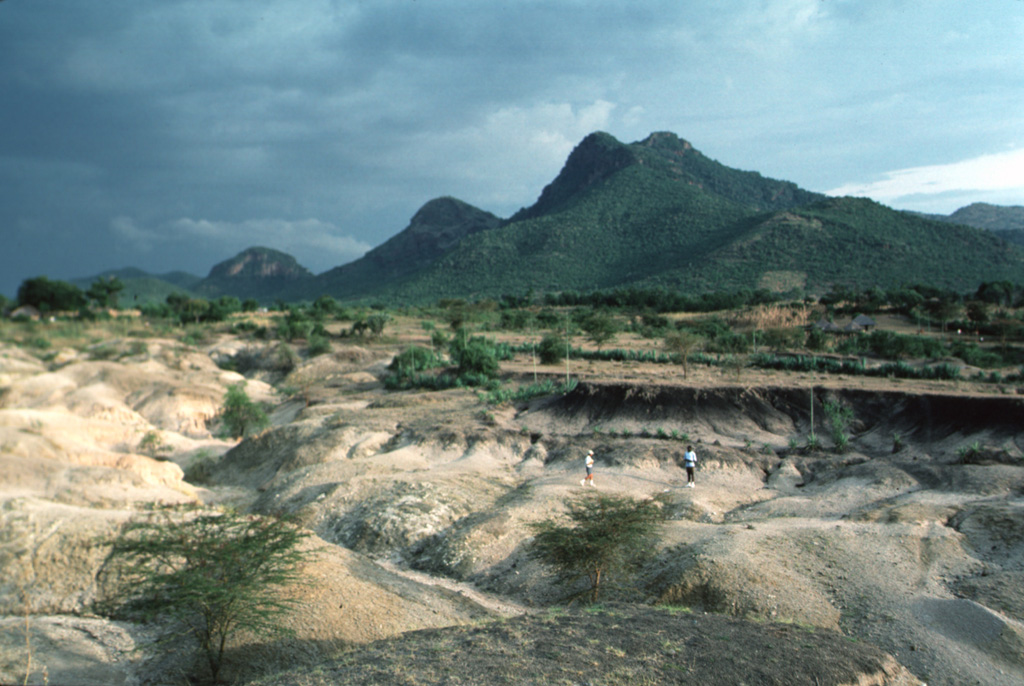 The Homa Mountain volcanic complex rises beyond an archaeological site north of the volcano in which Miocene-Pliocene hominins were excavated. Homa Mountain is a dominantly Miocene-to-Pleistocene carbonatitic complex that forms a broad peninsula on the eastern shore of Lake Victoria. Numerous flank vents include the carbonatitic and ultramafic Lake Simbi maar on the lower east flank. Oral history of inhabitants near this maar suggest that it may have been formed in historical time. 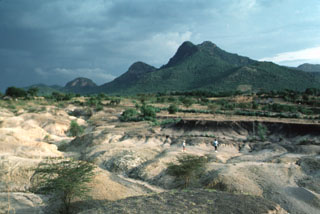