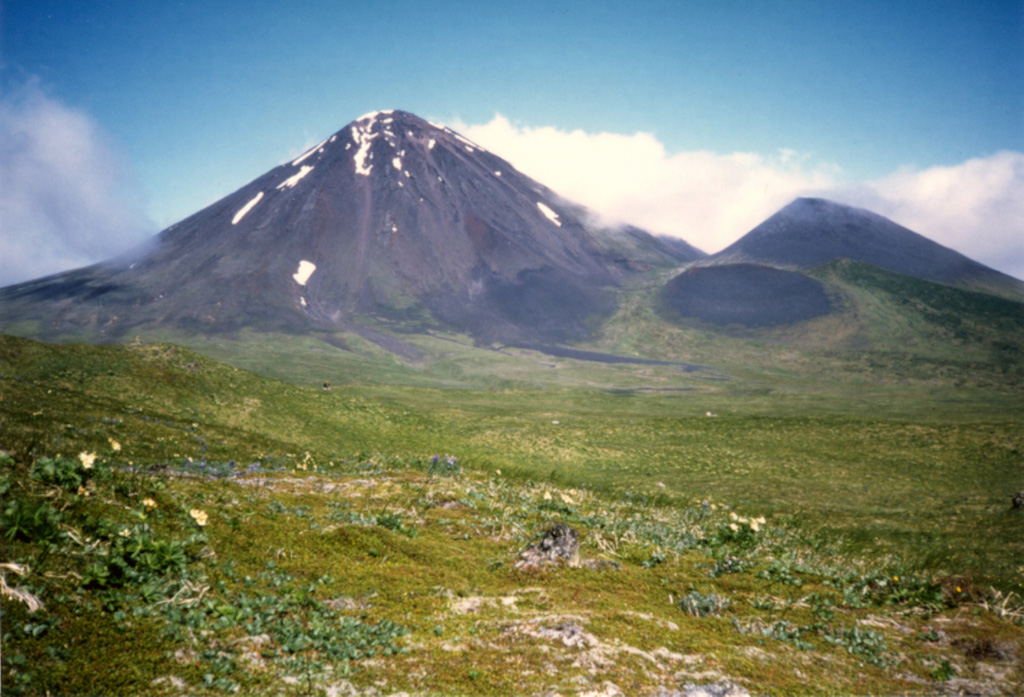 The western slopes of Sugarloaf Peak (left) are seen here on Semisopochnoi Island. One of the largest subaerial volcanoes of the western Aleutians, Semisopochnoi is 20 km wide at sea level and contains an 8-km-wide caldera. Mount Cerberus was constructed within the caldera during the Holocene, along with Sugarloaf Peak outside the caldera to the SSE. Many documented historical eruptions originated from Cerberus.