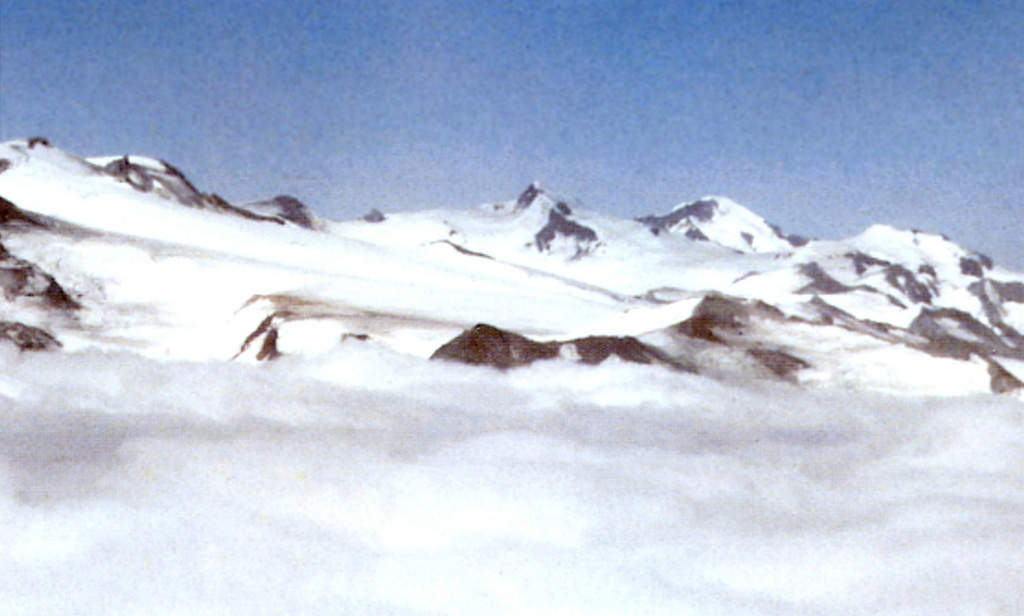 Mount Denison lies in a poorly known section of Katmai National Park that contains one or more mostly ice-covered vents. The slopes of Mount Denison are seen on the right half of the photo, between the pointed summit in the center and the flatter peak to the far right, between which a glacier descends towards the middle of the image. The rounded peak on the horizon beyond the slopes of Denison is Mount Steller, and the summit ridge of Snowy volcano forms the far-left skyline in this long-distance NE-looking view. 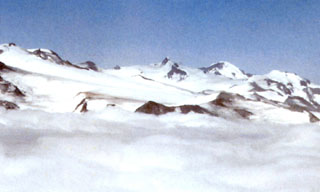