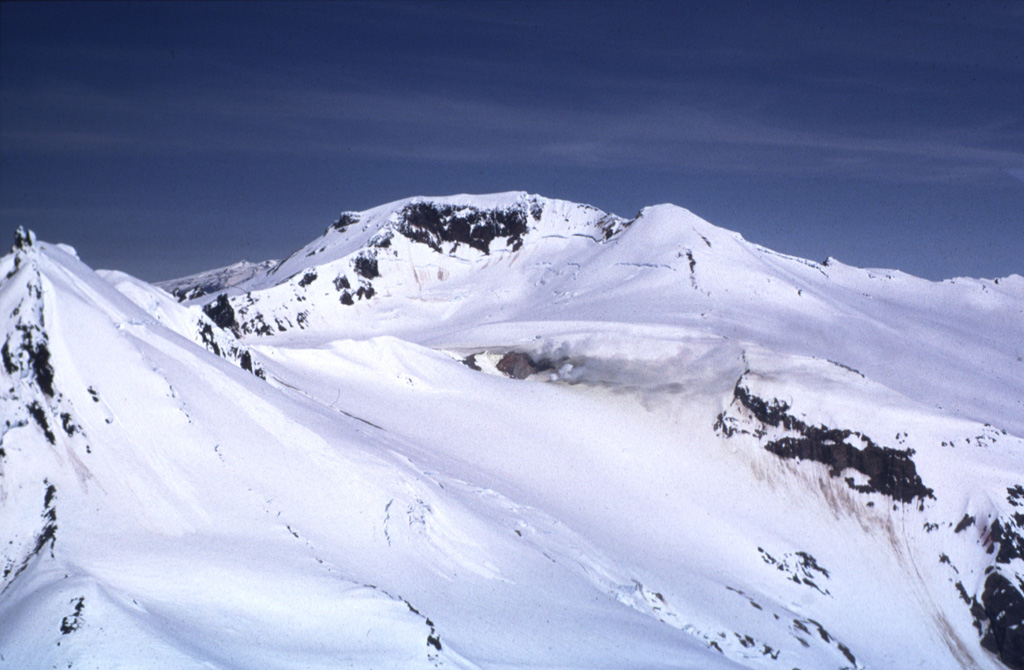 Gas-and-steam plumes (center) rise from the upper SSW flanks of Kupreanof. This is the largest and NE-most of a group of five relatively close Quaternary volcanic centers opposite Stepovak Bay. The only reported activity from Kupreanof consisted of minor steam and ash emission in 1987. 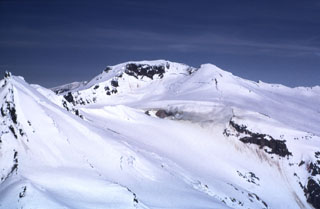