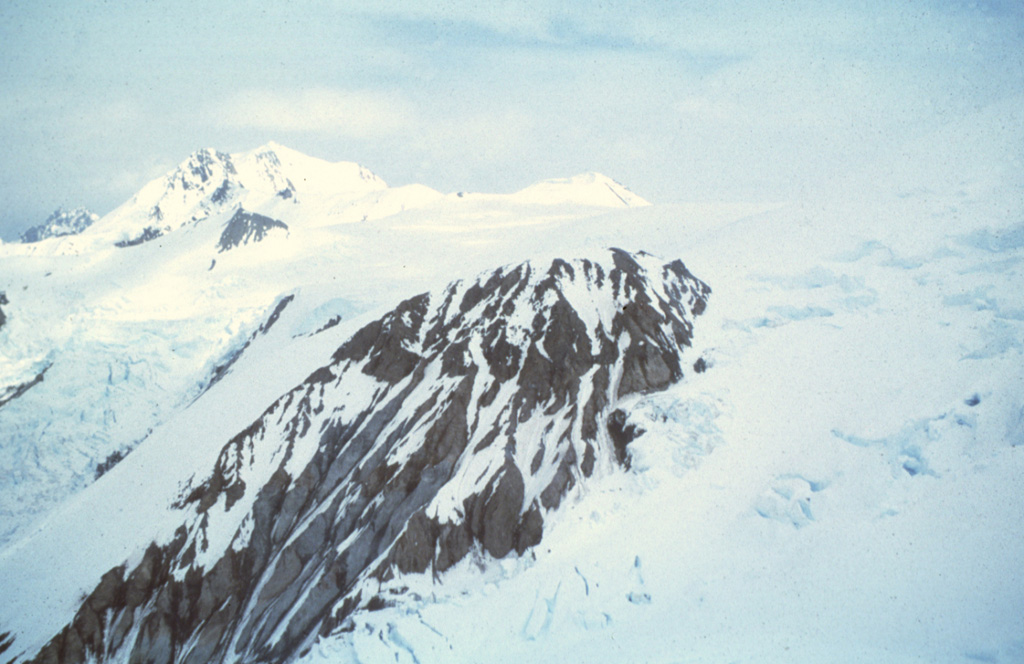 Hayes, located in a remote part of the Alaska Range, is almost totally covered by glacial ice and was not discovered until 1975. The volcano, named for the Hayes glacier, consists of remnants of a mostly snow-and-ice covered edifice that has been largely destroyed by catastrophic eruptions. The exposed rock in the foreground is South Dome. Hayes produced the most voluminous Holocene eruptions in the Cook Inlet area between about 3,800 and 3,400 years ago, and as recently as about 1,000 years ago. 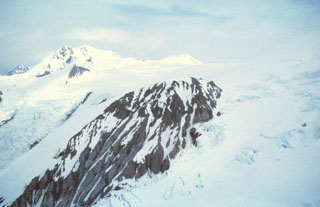