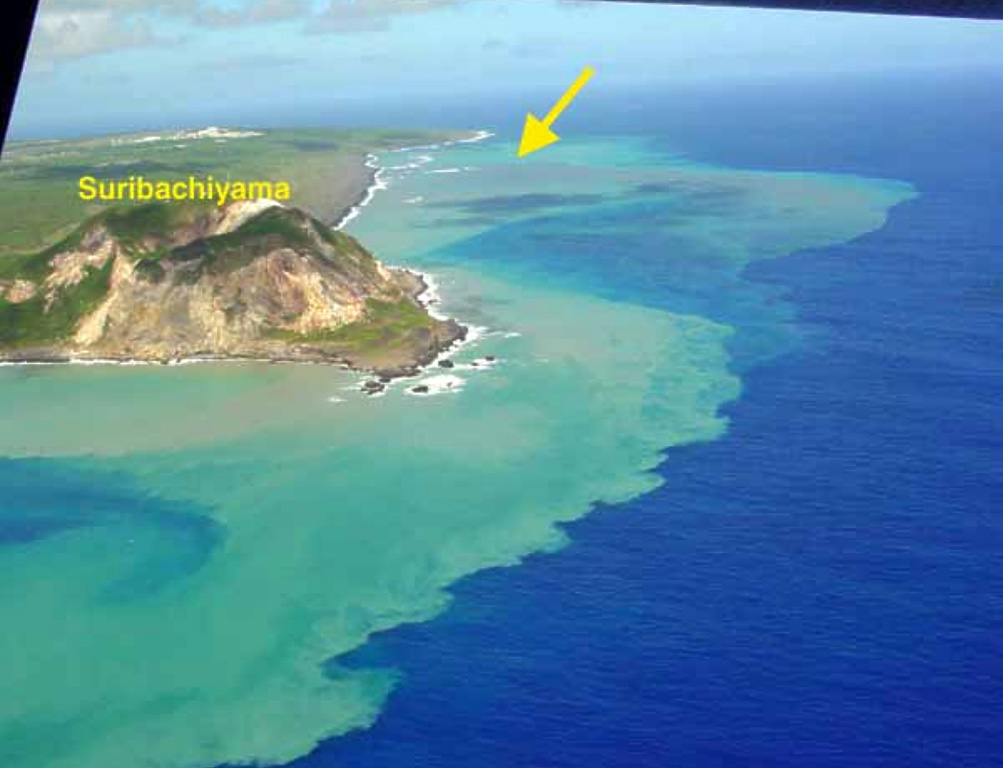 The discolored water seen here is from the September 2001 Ioto submarine eruption, with the vent marked by the yellow arrow. The island is located within a 9-km-wide submarine caldera and narrows toward its SW tip, where the Suribachiyama cone is located. Numerous phreatic eruptions and uplift over at least the past 700 years has accompanied resurgent doming of the caldera.

Photo by Nakahori, 2001 (Japan Meteorological Agency, published in the Bulletin of the Global Volcanism Network).