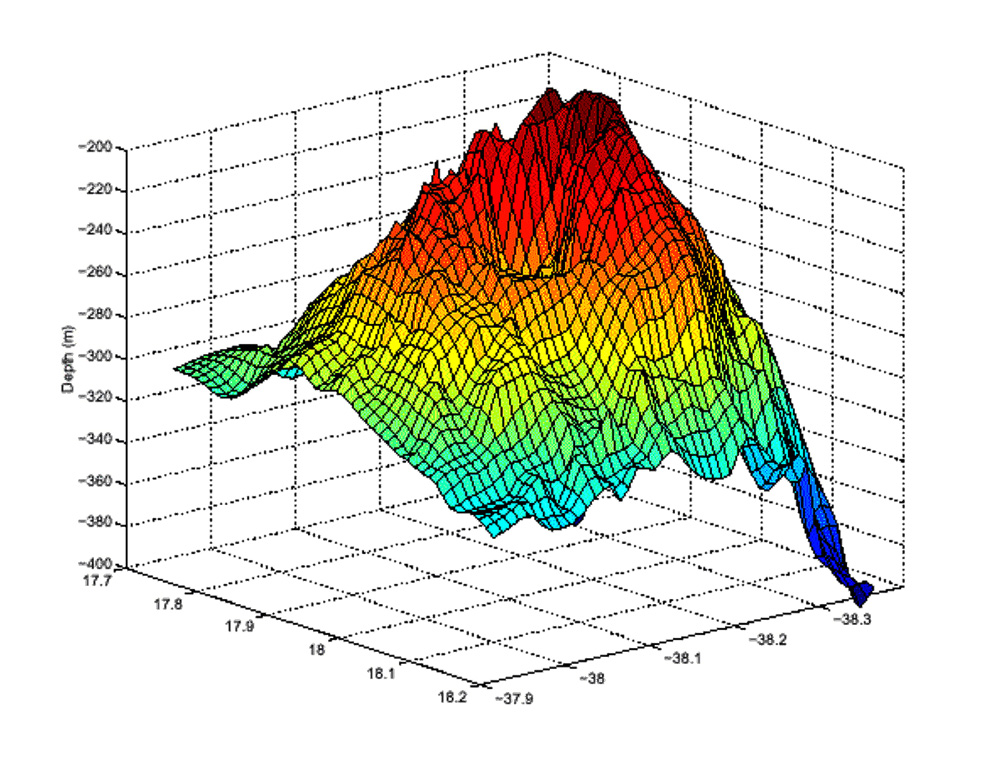 A Sonar image shows the submarine Kick-'em-Jenny cone from the NE in 1996. Depths are nominally meters but have an uncertainty of about 10%. This image shows the upper several hundred meters of the submarine volcano that lies 8 km off the north shore of Grenada and rises 1300 m from the sea floor. Numerous historical eruptions, mostly documented by acoustic signals, have occurred since 1939 and involve both explosive activity and the quiet extrusion of lava flows and lava domes. 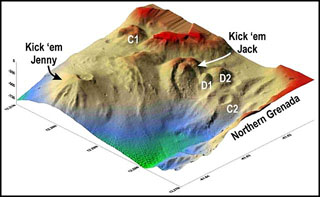