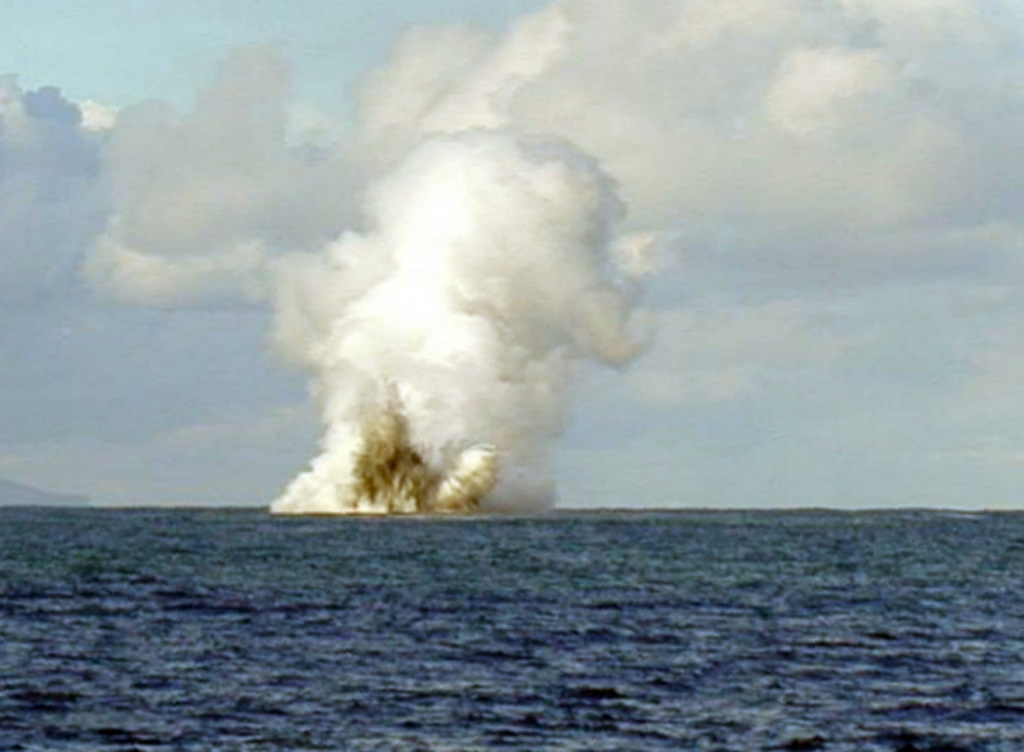 An explosive eruption from Kavachi volcano was seen from the Australian CSIRO research vessel Franklin on 14 May 2000. During their 20 hours of observations explosions were witnessed every 5-7 minutes, lasting 2-3 minutes each. The crater was estimated at 2-5 m below the water surface. The eruptions ejected ash and incandescent lava up to 70 m above the sea surface, and plumes rose to heights of 500 m. Kavachi had been erupting intermittently since November 1999.