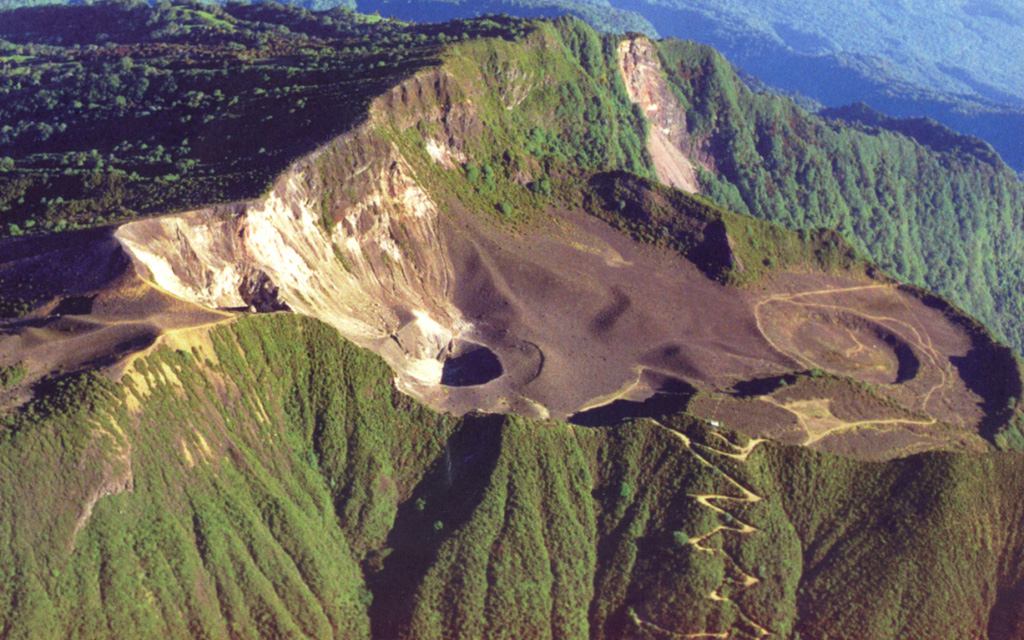 This photo shows the large scarp area that opens towards the NE (right) at the summit of Turrialba, the easternmost Holocene volcano in Costa Rica. The upper part of the scarp is partially filled by a smaller edifice with a roughly 1.3-km-wide crater, containing three smaller craters that erupted during the 18th-19th centuries. The walls of the two SW-most craters expose light-colored, hydrothermally altered rocks. Geothermal activity continues at these craters.