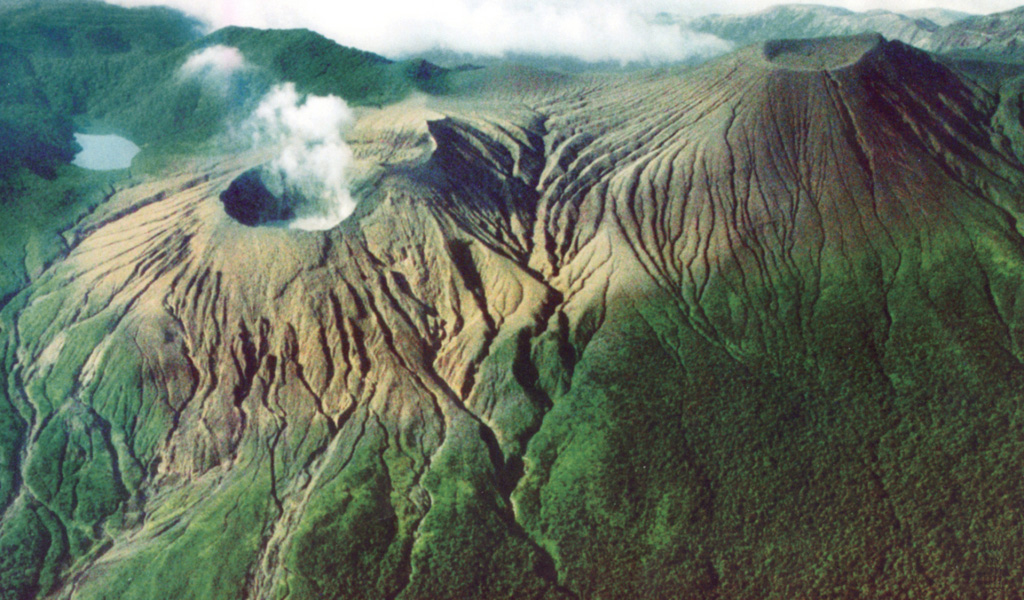 Part of the complex summit region of Rincón de la Vieja, the largest volcano in NW Costa Rica, is seen here from the north. Steam rises from the lake-filled Cráter Activo to the left, ENE of the Von Seebach cone (right). Laguna Fria (far-left) is not a crater lake, but a freshwater lake that formed between overlapping cones of the summit complex, which extends east and west beyond this area. Frequent eruptions from Cráter Activo have left surrounding terrain unvegetated.