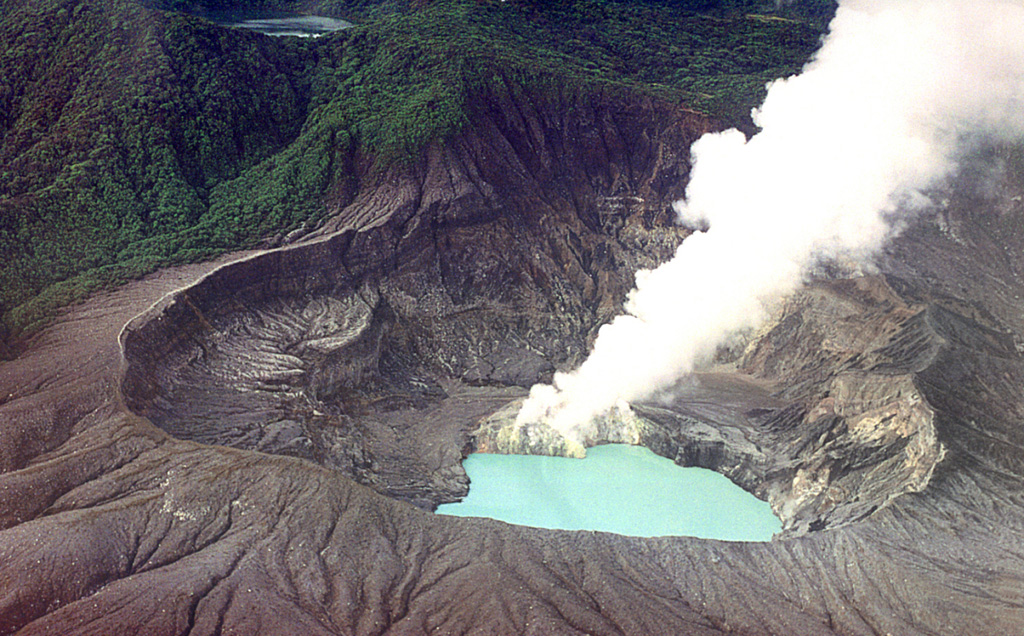 A gas plume rises from the lava dome on the south side of the Poás summit crater lake in this February 2000 view from the NW. Degassing produced plumes up to about 700 m high in May and bubbling within the crater lake had been reported since late March. Temperatures of around 40°C were measured on the NE shore of the lake at various points in May. The 400-m-wide Laguna del Fría is visible at the upper left within the Botos crater.