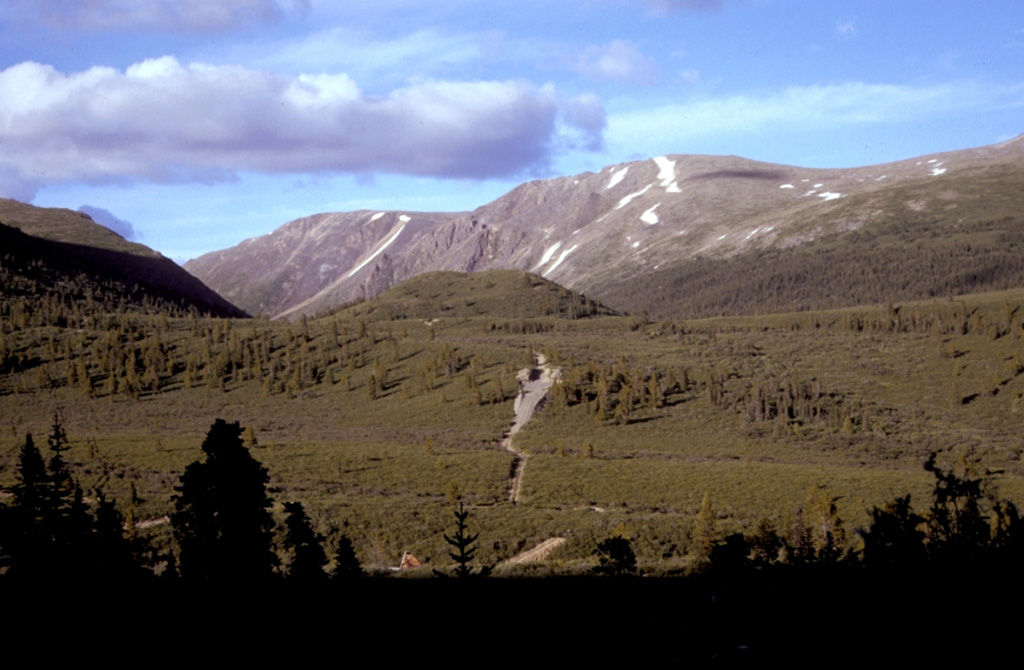 Cracker Creek cone (center), the small vegetated hill seen here from the west, is the youngest feature of the Atlin Volcanic Field on the Teslin Plateau in NW British Columbia. The small scoria cone lies at the head of Cracker Creek, immediately east of Ruby Mountain volcano, and may have been the source of a large lava flow that partly filled Ruby Creek. The lower west side of the cone appears to be partly covered by glacial till, suggesting that the cone is older than the most recent glacial advances down Ruby Creek. 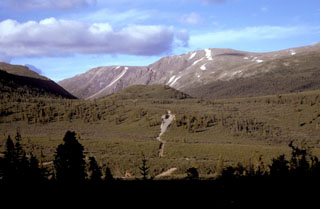