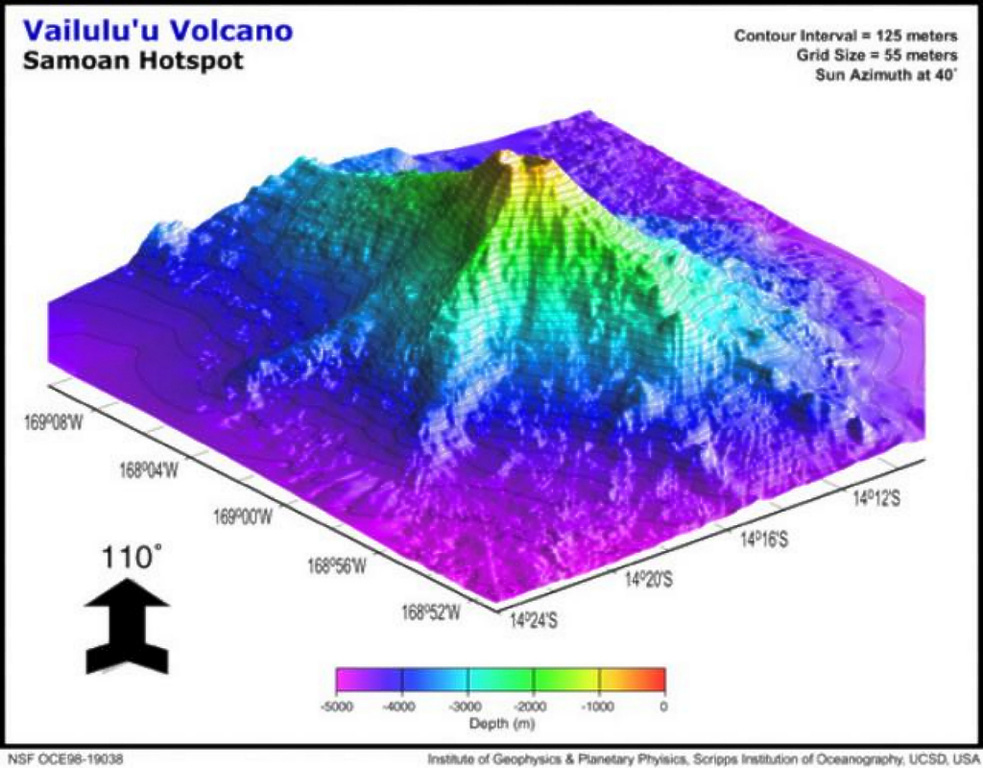 This view of Vailulu'u seamount to the NW displays three major rifts toward the W, SE, and W. The lower slopes of Vailulu'u and Ta'u merge along the W ridge, with a saddle at 3,200 m and a diameter of ~35 km at its base. An earthquake swarm in 1995 may have been related to an eruption at Vailulu'u, which was not discovered until 1975. It rises 4,200 m from the sea floor to a depth of about 600 m between Ta'u and Rose islands at the eastern end of the American Samoas.

Image by Hart and others (Global Volcanism Network Bulletin, 2001). 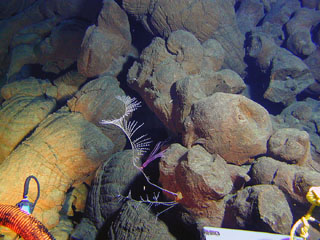