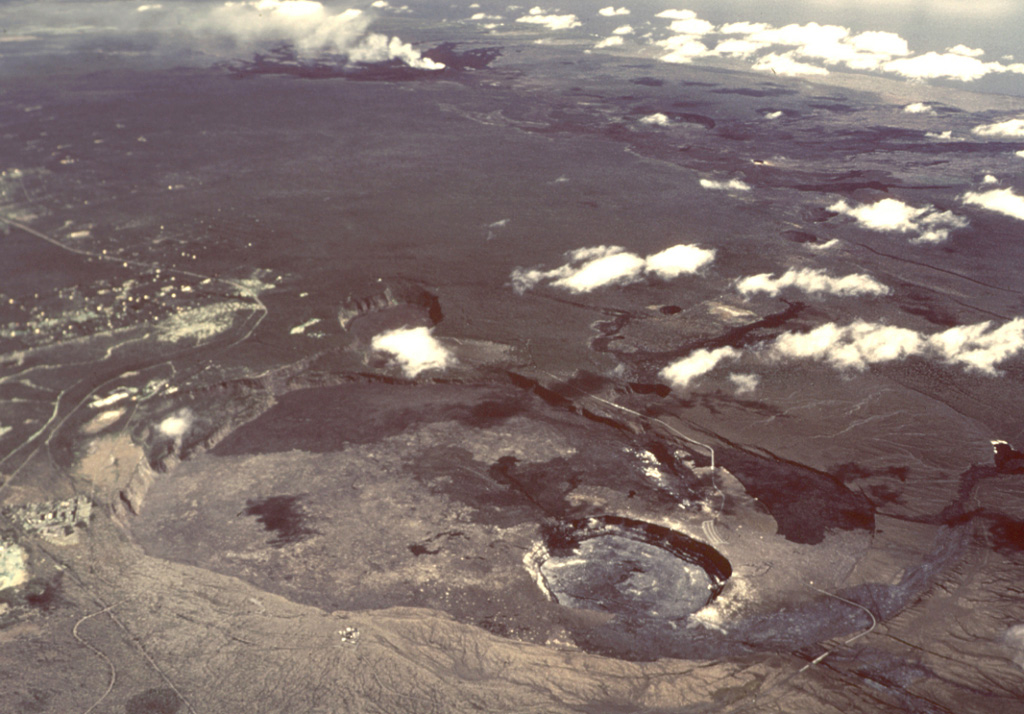 An aerial view in 1985 looks from Kīlauea caldera in the foreground down the East Rift Zone to the Puʻuʻōʻō vent producing a gas plume in the background. The Hawaiian Volcano Observatory lies at the lower left on the western rim of Kīlauea's 5-km-wide summit caldera with the inner Halema’uma’u crater to the lower right. Lava flows cover the floor of the summit caldera and can be seen extending downslope from multiple vents along the rift zone, including the dark-colored most recent flows erupted beginning in 1983 from the Kupaianaha vent.