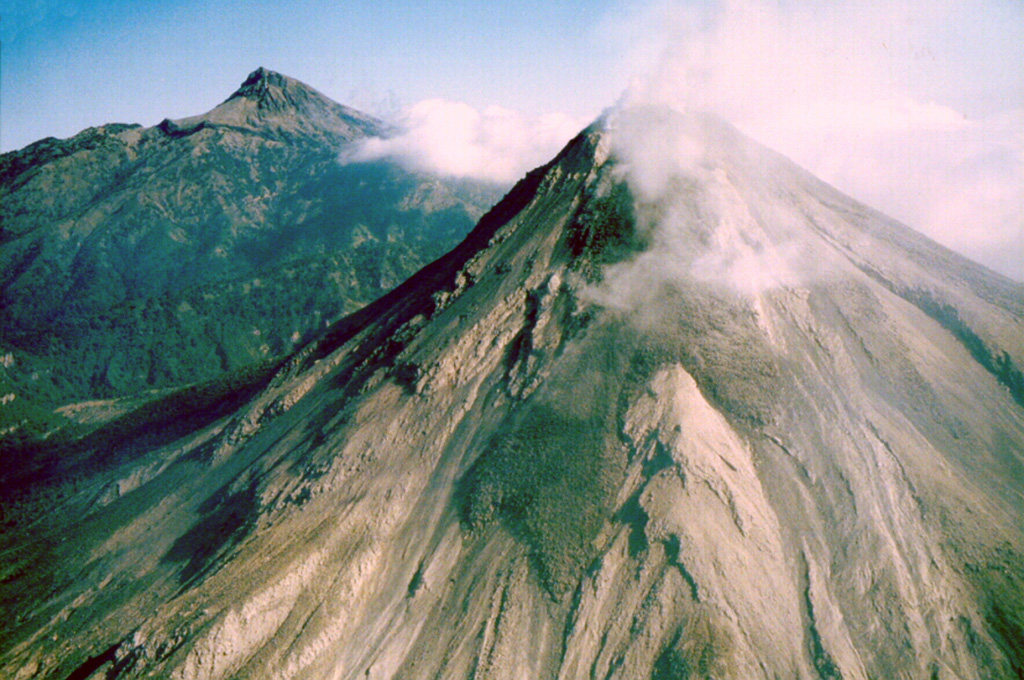 An overflight on the morning of 3 December 1998 shows lava flows advancing down the SW flank of Colima. The flow in the center is diverted by a topographic high into two lobes. By the previous day the three lava flows on the SSW flanks had reached estimated lengths of 1 km (westerly flow), 1.2 km (central flow), and 0.9 km (SE flow). Nevado de Colima is to the left.