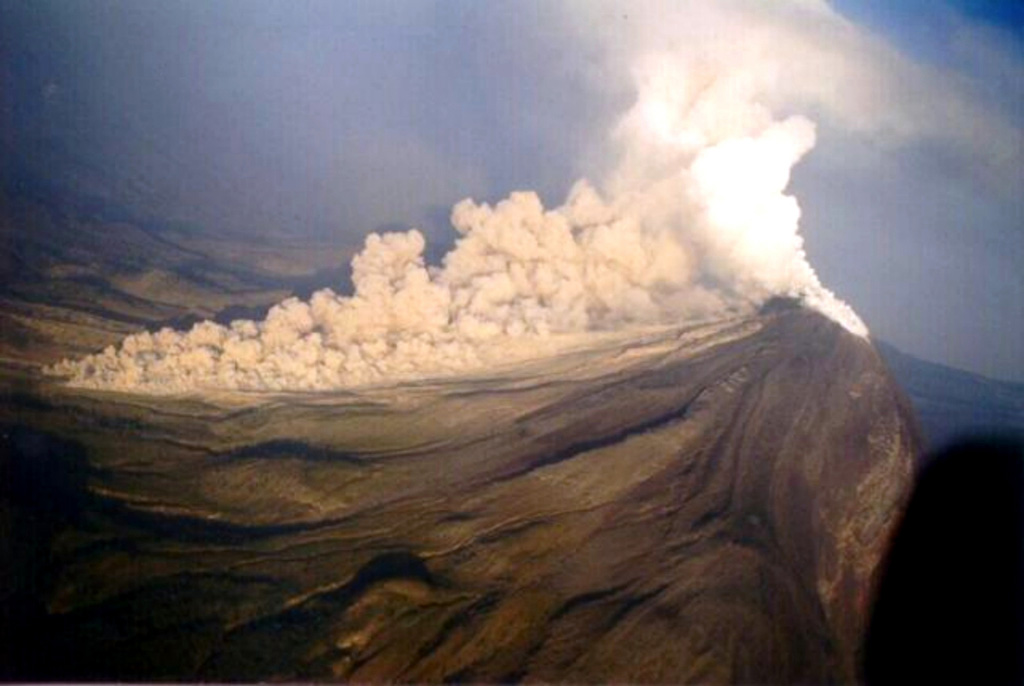 A pyroclastic flow descends the western flank of Colima at 0830 on 22 November 1998. The new growing lava dome had almost entirely filled the 1994 crater by the morning of the previous day, after which lava started flowing out of the summit crater area and producing block-and-ash flows at 3-5-minute intervals that mostly traveled south within the eastern branch of Barranca El Cordobán to distances of more than 4 km.