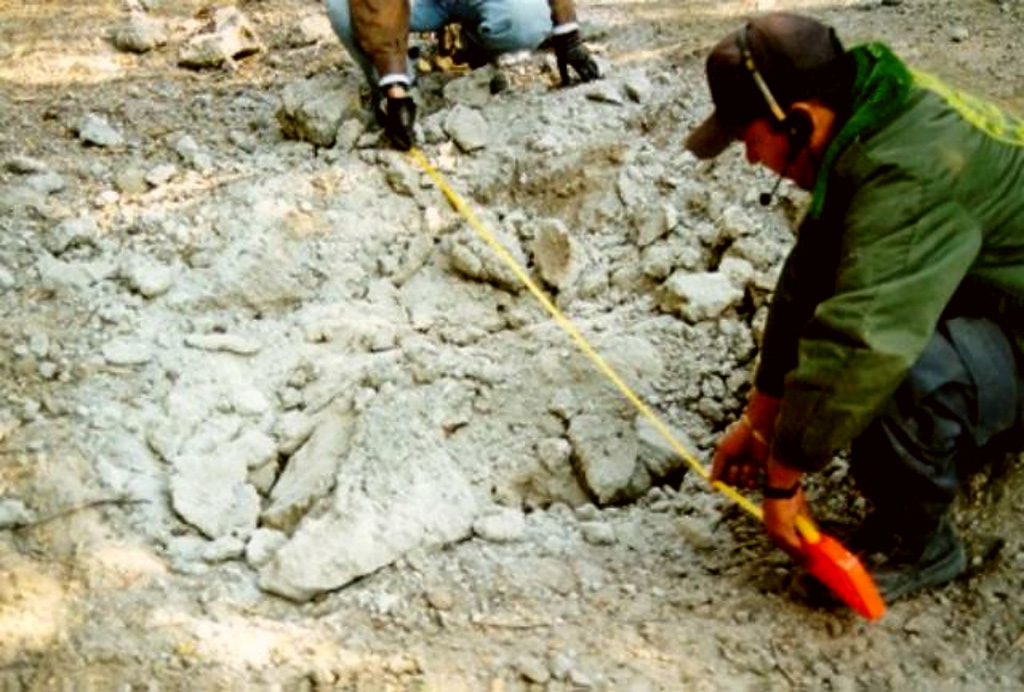 Scientists measure a shattered block ejected during Colima's 10 February 1999 explosion. Several impact craters were measured about 3 km NE of the summit, including from this block, which landed on the road to the caldera. This was the biggest explosion reported for the volcano in the previous 80 years. A substantial number of incandescent blocks started fires on the upper flanks.