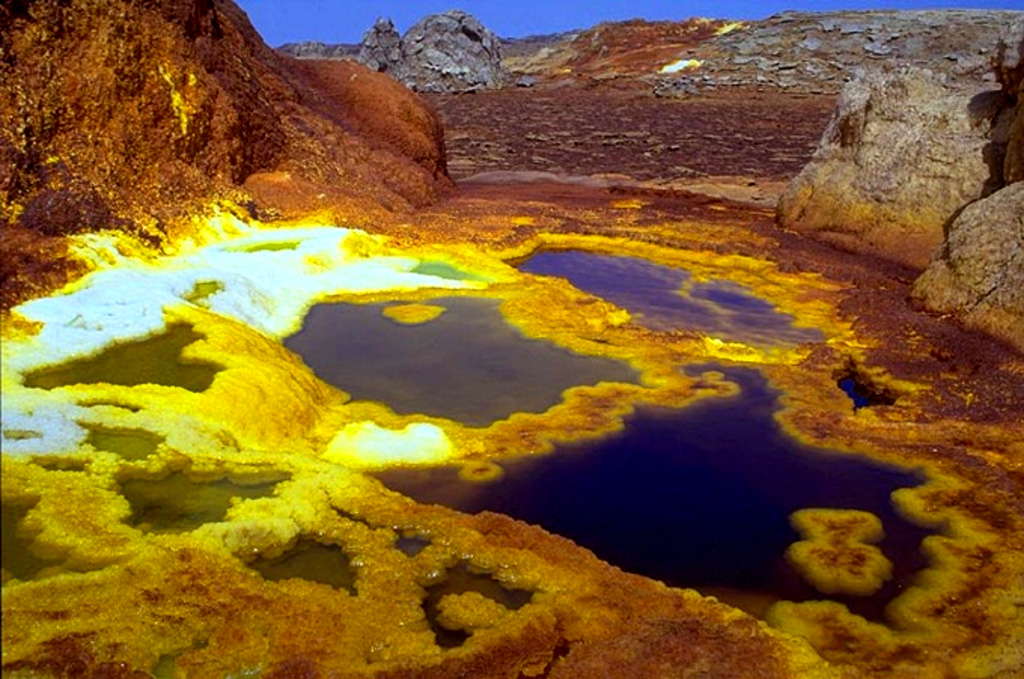 Colorful hot brine pools up to about a meter in diameter with terraces at hot springs at Dallol. Numerous phreatic explosion craters dot the Salt Plain NNE of the Erta Ale Range in one of the lowest areas of the Danakil depression. These craters mark Earth's lowest known subaerial volcanic vents. The most recent of these craters, Dallol, lies 48 m below sea level and was formed during an eruption in 1926. 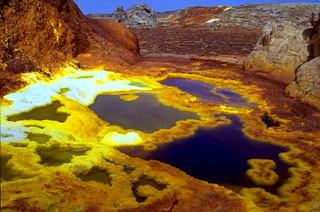