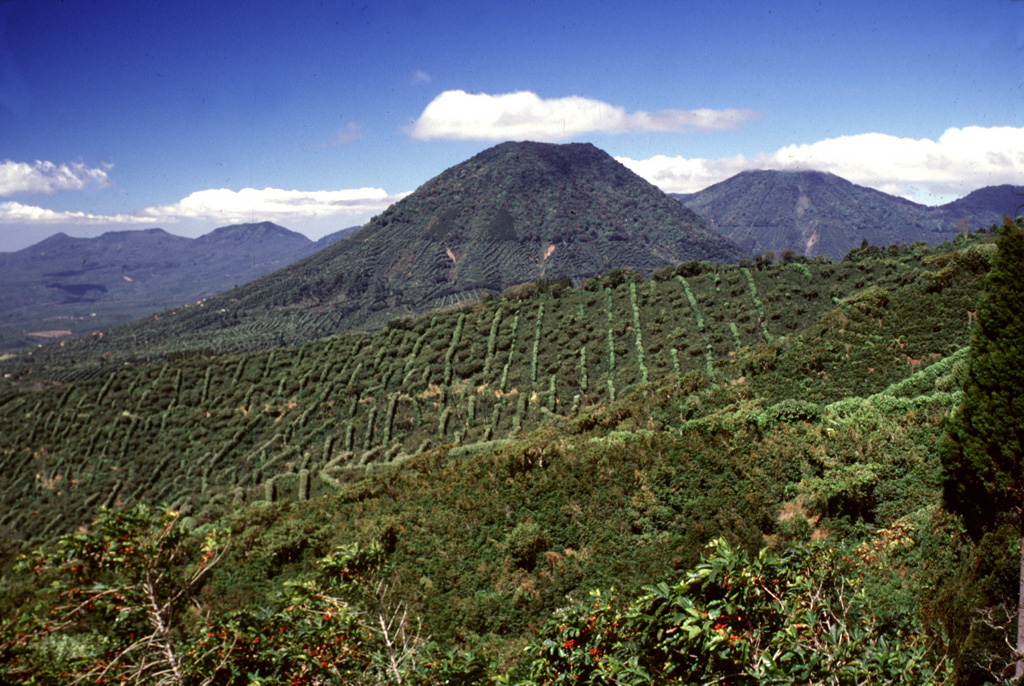 The escarpment across the middle of the photo with vertical rows of coffee plantation trees across the scarp in is the NW wall of a large caldera formed by edifice collapse of Santa Ana volcano during the late Pleistocene. About 5 km of the scarp is exposed; the remainder is buried beneath ejecta and lava flows from modern Santa Ana volcano. Cerro los Naranjos volcano rises beyond the scarp, and other peaks of the Apaneca range form the horizon on either side.