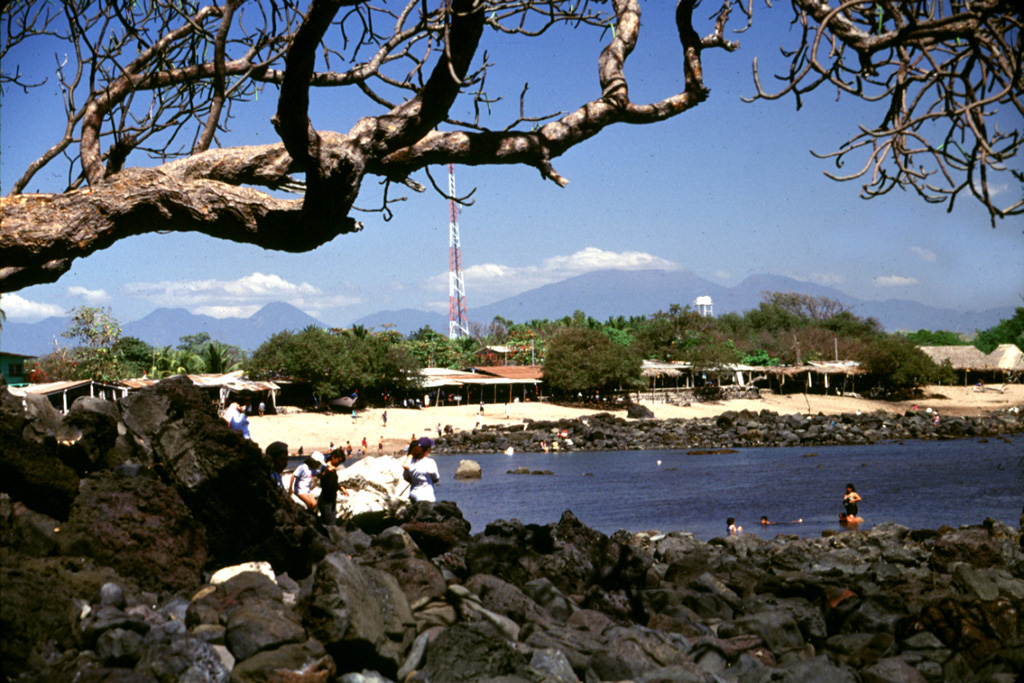 The massive Acajutla debris avalanche swept into the sea over a broad front, forming a peninsula that extended the shoreline about 7 km. The rocks in the foreground and across the bay at Playa Dos Cobanos mark the farthest subaerial extent of the avalanche, 41 km from its source at Santa Ana volcano, whose cloud-capped summit is on the right horizon. Hummocks are exposed to the coastline and are visible well offshore on bathymetric surveys, which suggest that the avalanche had a significant submarine component.