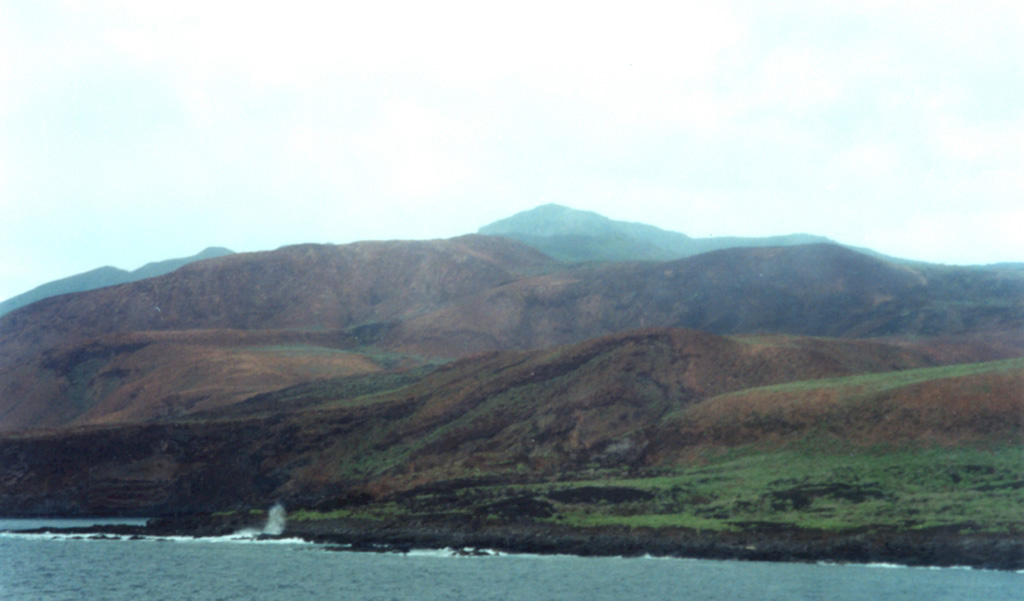 The northern, western, and southern flanks of Socorro volcano are dominated by silicic peralkaline lava domes and flows, which cover about 80% of the surface of the island. This view shows Cerro Evermann from the SW coast. Trachytic and rhyolitic lava flows from summit and flank vents extend into the sea and have produced a very irregular shoreline, with the distal portions of lava flows forming numerous small peninsulas.